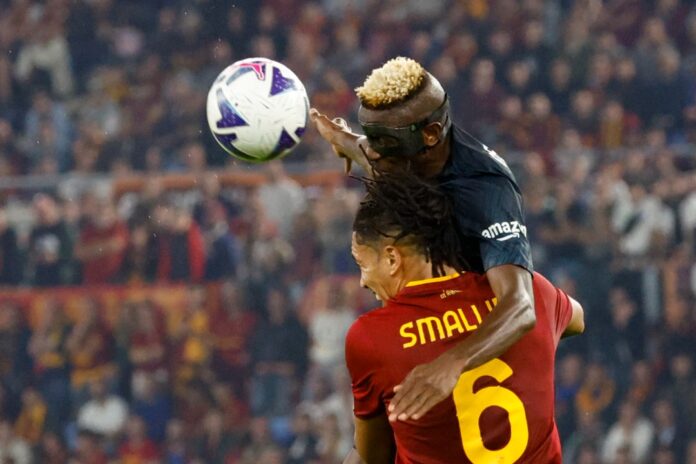 Viewers on DStv and GOtv can look forward to seeing one of Africa’s top footballers, Nigerian striker Victor Osimhen, in Serie A action this coming weekend.

Napoli has been one of Europe’s must-watch teams this season, playing thrilling football to establish themselves as one of the leading title contenders in the Italian top flight, as well as booking a place in the knockout phase of the UEFA Champions League with a run of four straight wins.

Boasting the likes of Kim Min-Jae, Eljigf Elmas, Andre-Frank Zambo Anguissa, Khvicha Kvaratskhelia, Hirving Lozano and Giovanni Simeone, the Neapolitans have earned rave reviews – yet their team seems so much more potent and well rounded when Victor Osimhen is leading the line.

The 23-year-old Nigerian has had to fight against some niggling injuries this season, but manager Luciano Spalletti is happy to remain patient and use the Super Eagles man off the bench if needs be – as was the case earlier this month when Osimhen scored the decisive goal in a 3-2 win away to Bologna.

“It [having a strong squad] allows you to make changes that don’t need to be rushed because you know there are other options at your disposal,” said Spalletti. “Victor is a different type of striker to Giacomo Raspadori, he attacks the space, and Jack was also tired after a lot of games.”

The tactician added, “The team plays great football, I see them involved and we want to keep adding more options to our approach. I see they are interested in training and want to do their best for their teammates.”

Osimhen, for his part, is happy to play whatever role Spalletti needs him to: “This is what we call team spirit. We started well, Bologna is a good team, but we needed these points.”

The Nigerian continued, “Big kudos to the coach for the second-half talk, he gave us the zeal to go out for this game. I am happy for this victory. It’s always important for me to get a goal in this stadium, because the atmosphere is really amazing and I am happy to help the team win. I believe we will continue to push with this momentum.”

Osimhen and Napoli will chase another three points in their Serie A campaign when they host Sassuolo on the afternoon of Saturday 29 October – a match that will show LIVE on SuperSport Football, SuperSport Maximo 360 and SuperSport GOtv Select 1.

See Victor Osimhen in the following match live on SuperSport: