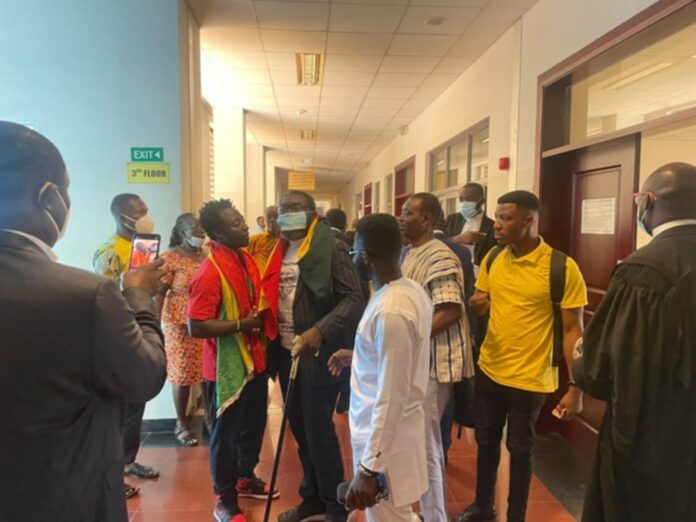 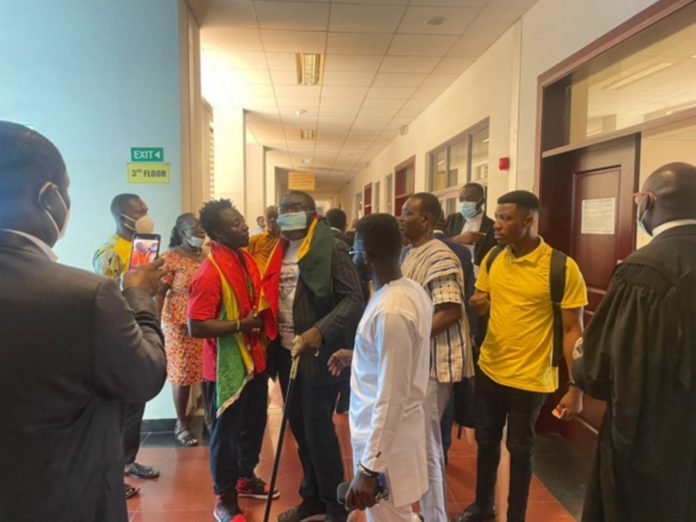 The Cambridge PhD student was in Criminal Court 3 conversing with his lawyers draped in the flag of Ghana, holding a walking stick.

This was before Justice Mary Maame Akua Yanzu, who is presiding over the case of treason felony filed against the youth activist, will enter the courtroom and gaveled the court to order.

When she entered the court and the case was called, Mr barker-Vormawor walked from the gallery into the dock still draped in the Ghana flag.

“Sir, please step back and remove the Ghana flag and fold it”, the piercing voice of Justice Mary Maame Akua Yanzu was heard through the courtroom.

Mr Barker-Vormawor and his supporters complied with the order and removed the Ghana flag before the case proceeded.

The man, who is standing trial for treason felony, is accusing government of unnecessarily delaying his trial.

The Criminal Court division of the High Court adjourned the case involving the activist to 21st October to hear an application filed by lawyers of the accused to quash the bill of indictment.

When asked by JoyNews after court what he made of the Judge’s order to remove the Ghana flag he was draped in, Mr Barker-Vormawor said he was surprised about the order of the Judge.

“Why? Are the courts immune to the Ghana flag?”, he quizzed.

He continued “it’s never been my understanding that the court system had a problem with the Ghana flag.

“Of course when the whole democracy is so much in shambles and everybody is ashamed to identify because the sense of patriotism is low, markers of patriotism like this obviously make people uncomfortable.”

Right after the court adjourned, he draped himself again with the flag.

Why Ghana School of Law is called ‘Makola’ [Video]