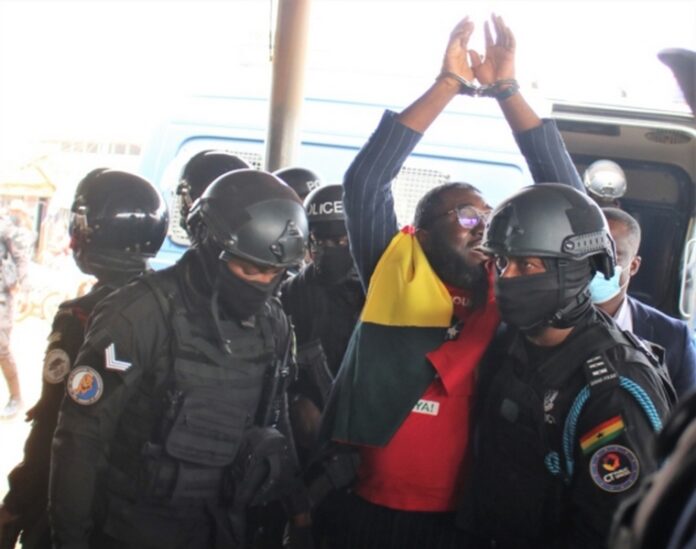 This, he says, is part of government’s strategy to detract attention from the economic mess it has plunged the people of Ghana into.

The Criminal Court division of the High Court yet again adjourned the case involving the activist to 21st October to hear an application filed by lawyers of the accused to quash the bill of indictment.

The Ashiaman District Court presided over by Eleanor Kakra Barnes Botwe committed the youth activist to trial on August 2, with the full trial expected at the time to commence in September.

The #FixTheCountry convener was charged with treason felony after he made comments on social media that have been deemed to be a coup threat by the State.

Speaking to JoyNews’ Kwaku Asante after the court adjournment, Barker Vormawor said the state is not interested in justice and the rights of citizens.

“Questions of treason are serious business. There’s no greater [I suppose] offence that a person can be charged within a democratic setting than the idea of seeking to overthrow the government.

“It would appear to me that for a government that is facing enormous economic difficulties and would want to detract from that, and that they would want to continue to prolong this process for as long as it detracts people’s attention”, he said.

He continued that “suppose that I was the Attorney General and this was a matter of real concern to the national security interest of the country, I won’t be delaying a case from February till now and continuously refuse to show up in court.

“Indeed, today when they showed up in court they had failed to respond to the application that has been filed.

“This does not smack of a state interested in justice, it doesn’t show concern for the rights of citizens. And we have said from the very beginning that the whole process is intended to embarrass the court system.”

The Criminal Court 3 of the High Court will reconvene on October 21st where lawyers for Oliver Barker-Vormawor led by Dr Justice Srem-Sai will argue their application to strike out the bill of indictment.

‘Politicians should not behave like King Herod’ – Apostle Opoku Onyinah

We don’t owe you 8 months allowances