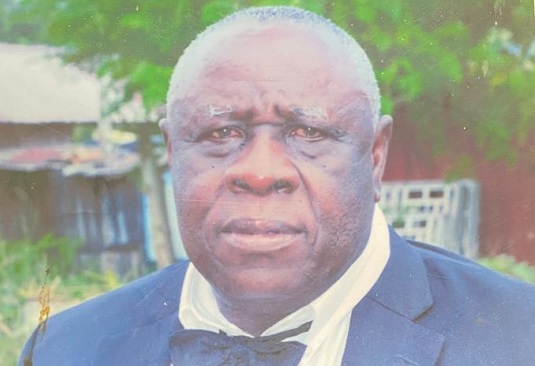 A former Black Stars defender, Peter Steinberg Kabena (P.S.K.) Paha, has advised national team’s technical handlers to work on the psyche of the players to put their best foot forward and also aim at going beyond the group stage of the 2022 FIFA World Cup.

He said having the right mindset ahead of the tournament would, to a large extent, determine how far the team would go because the psyche of the players was also a measure of their readiness to be very competitive in a tournament the Ghanaians had been rated as underdogs.

“We should be in the tournament with a mindset of going beyond the group stage, and with proper psyching, there is no way that we would not be as competitive as any of the teams yearning to win the tournament,” advised the former Ghana centre-back and retired coach.

Known in football circles as PSK, 71-year-old Paha was a member of Ghana’s 1978 AFCON-winning side. He told the Graphic Sports in an interview that almost all the current Black Stars players had played at the highest level of football and against top class opponents in first class stadia with packed crowds, so they should not be intimidated by any team they faced in Qatar.

Even though connoisseurs of the game do not tip Coach Otto Addo’s side to survive Group H which also features Portugal, South Korea and Uruguay, Paha acknowledges that the task ahead was tough but surmountable because Ghana also had quality players in all departments of the team.

Portugal, Uruguay and South Korea have quality players just as we have in Ghana, so our players should shed any complex ahead of the tournament to enable them to focus and become more competitive as we were in the Germany 2006 and South Africa 2010 World Cup tournaments,” said Paha, a former player of Sekondi clubs, Eleven Wise and Hasaacas.

Nonetheless, he stressed that at the World Cup stage, mental toughness of players was as important as the tactical approach of the team.

“For now, I am certain the coaches have pencilled down the players being invited for the tournament, hence the need to psyche them up as soon as they begin camping and put them in the right frame of mind for them to appreciate the quantum of challenges ahead. This will bring out the best from them as they strive to put Ghana football high at the international level.”

Comparing his era to the challenges faced by the present national teams, Paha said the current situation where players were scattered overseas provided inadequate time for players to stay in camp to ensure strong team spirit and also improve on their chemistry and cohesion, which ultimately affected their performance as a unit.

“The longer players stay in camp and play together as a team, the stronger their chemistry becomes and transform them to be more formidable and competitive during tournaments.

“Currently, players need a few weeks to adapt to the tactical disciplines, techniques and strategies ahead of a tournament, so it becomes quite difficult for their technical teams to assemble players, rehearse their strategies and transform them to be more competitive during international tournaments,’ explained the former Sekondi Hasaacas coach.

Passengers rescued after a plane crush