Hearts of Oak win but crash out of Confederation Cup 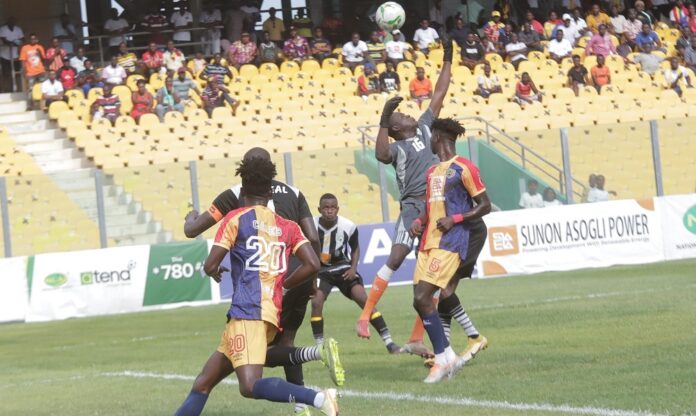 Accra Hearts of Oak crashed out of the CAF Confederation Cup after a slim 1-0 win over AS Real Bamako at the Accra Stadium on Sunday.

Caleb Amankwah scored the only goal of the game just a minute before regulation time, which was only a consolation for the hosts who needed to overturn their 0-3 deficit from the first leg in Bamako the previous week.

Yesterday’s result — a second straight first round elimination from the competition — irked the fans who massed up at the entrance of the VIP box demanding the resignation of two board members, Vincent Sowah Odotei and Alhaji Braimah Akambi, who they blamed for their elimination for allegedly engineering the dismissal of the club’s Head Coach, Samuel Boadu, just two weeks to the first leg tie.

Agitated fans
Security personnel had a tough time controlling the irate fans who would not move until they were given explanation over why their former coach who won the Premier League and back-to-back FA Cup titles in two seasons was sacked just before the start of such a crucial competition. 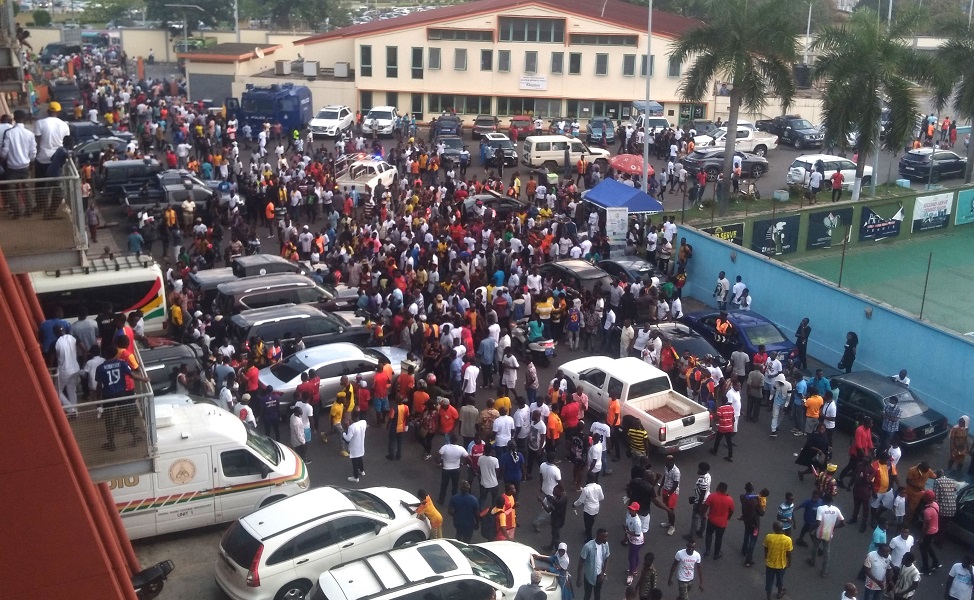 Hearts started the game with their key players, Skipper Mohammed Alhassan, Denis Korsah and Ibrahim Salifu, starting from the bench. Forward Isaac Mensah, whose presence was hardly felt in the game, would curse his stars when he failed to connect a delicate pass from Gideon Asante just 10 minutes into the game.

By the 15th minute Real Bamako’s plan of sitting back and defending seemed to be working as they managed to frustrate the hosts but they were unlucky when unmarked Emile Kone failed to connect home from a corner kick.

Hearts’ midfield seemed to be in disarray with Gladson Awako working extra hard to make up for the uninspiring performance of Mensah, as it allowed the visitors to create some descent chances, including a 20th minute solo run by Chaka Sidibe into the Hearts goal area but the Malian watched his effort roll across the face of the posts.

Real Bamako looked dangerous anytime they launched an attack, and in the 25th minute Cheickna Sidibe’s goal-bound shot took a deflection off target much to the relief of the Hearts fans.

Sustained attack
With increasing pressure from the supporters, Hearts started to attack and were rewarded with a free-kick just at the edge of the Malians’ penalty box but they wasted the chance. Undaunted, the Phobians injected more urgency into their game and by the half hour mark defender Samuel Inkoom dribbled his way into the visitors’ goal area to set up Amankwah to score but the midfielder’s shot was misdirected into the side net.

After recess the Hearts coach made three quick substitutions when he brought on Alhassan, Ibrahim and Kwadwo Obeng Jnr.

Obeng Jnr proved to be their saviour later as he had to make a timely clearance to deny Real Bamako the opening goal when they went on a counter-attack after the Hearts defenders had abandoned their positions in search of a goal.

The substitutes changed the face of the game as they kept searching for a goal, and with about 10 minutes to regulation time, as Hearts threw virtually all men up-field to mount pressure on the Malians until Amankwah scored but it was too little too late to save them from an embarrassing elimination.

Let’s get serious as a nation – Oppong Nkrumah [Audio]