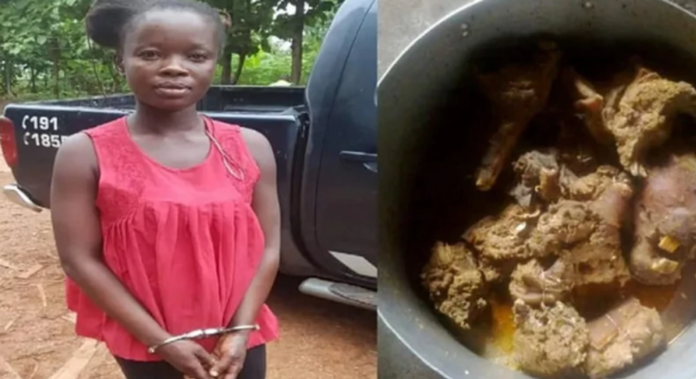 A 27-year-old Ghanaian lady will spend the next 27 years of her life in prison in hard labour for killing her lover over a grasscutter soup.

The High Court in Sunyani, presided over by Her Ladyship Justice Mavis Akua Ando, found Hilda Asumani Embro guilty of the crime and sentenced her accordingly.

The convict, who is a resident of Abesim in the Sunyani Municipality of the Bono Region, stabbed Prince Yaw Aboagye multiple times with a pair of scissors in his neck and chin area, causing him to bleed profusely to death.

She was unhappy because her lover alone had eaten the said grasscutter soup she had prepared for the whole family.

She was later arrested and charged with manslaughter before she was found guilty of the offence.

The convict and the 30-year-old deceased had been dating for over six years before the unfortunate incident.

It is reported that the couple had misunderstandings in the recent past, but their immediate families helped to resolve them and they resumed their normal love life.