We don’t care about Ronaldo’s fracas with 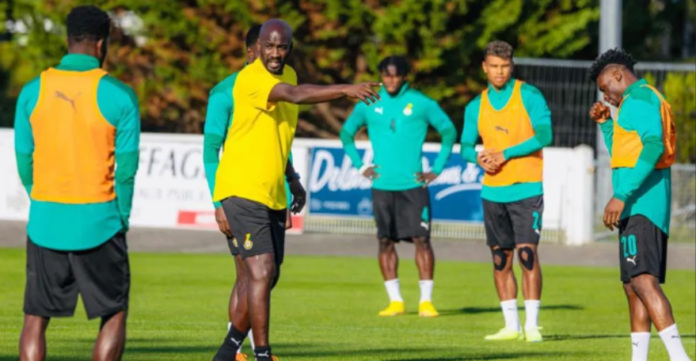 Ghana head coach, Otto Addo, says his side is focused on beating Portugal, insisting that Cristiano Ronaldo’s issues with Manchester United cannot disrupt his side ahead of the game.

Manchester United on Tuesday terminated Ronaldo’s contract by mutual agreement after his explosive interview with Piers Morgan criticizing the club.

However, the Black Stars will come up against the European country at the Stadium 974 on Thursday evening in their Group H opener with kick-off scheduled at 16:00GMT.

Speaking ahead of the game, Addo believes the 37-year-old’s problems with the Premier League outfit do not concern the Black Stars.

“I don’t know and to be honest, I don’t care. It’s not our problem and I don’t think it’s a big problem,” Addo said at the pre-game presser.

“Everybody wants to win. No matter what happens, it’s a big stage, a big game at the World Cup level, so I don’t think normally this can disrupt anybody.”

Ghana will face off with South Korea on November 28 in their second group game before encountering old foes Uruguay on December 2 in their final group game.

Ghana will be looking to start their campaign at the Mundial on a high note after the disastrous 2021 Africa Cup of Nations that has caused a lot of dissatisfaction for the team.