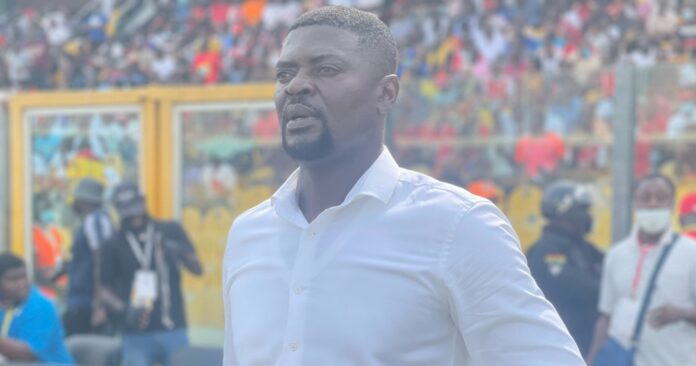 Samuel Boadu has been heavily criticised for his conduct moments before the start of the CAF Confederation Cup match between Hearts of Oak and AS Bamako.

The former gaffer, who was relieved of his duties last month, was sighted in the inner perimeter of the stadium to rally support ahead of the game.

His behaviour, according to ex-hearts of Oak star, Prince Tagoe, was totally unprofessional as the team prepared to overturn a 3-0 defeat in the first leg.

“He should remember he is a coach and not a supporter. He could’ve called the boys on phone to motivate them if that was the intention.”

The reigning FA Cup champions were eliminated in the preliminary rounds despite a 1-0 win over Malians’ AS Bamako.

A new case of Ebola virus detected in DR Congo