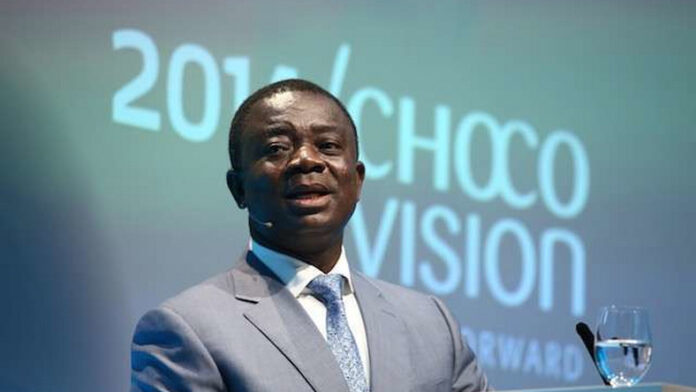 Dr Abalo, was on October 11, 2022, summoned by the Criminal Division of the Accra High to explain to the court the circumstances leading to his excuse duty to Dr Opuni who is said to have had eye surgery.

Dr Opuni and businessman Seidu Agongo, the Chief Executive Officer of Agricult Ghana Limited, are standing trial for allegedly causing financial loss to the state to the tune of GHc271m in the alleged fraudulent procurement of Lithovite Liquid Fertiliser.

They have both pleaded not guilty to the charges and have been granted bail. So far, the prosecution had closed its case after calling seven witnesses with the seventh Defence witness for Dr Opuni currently in the witness box.

When the trial resumed on October 11, after a two-month legal vacation, lawyers of Dr Opuni, led by Samuel Codjoe, informed the court about Dr Opuni’s ill health, but the doctor was summoned by the court presided over by Justice Clemence Honyenuga, a Justice of the Supreme Court sitting with additional responsibility as a High Court judge.

In Court on Monday, October 17, Dr Kodjo Abalo, the Medical Director of St Lucy Eye Clinic told the court that Dr Opuni is his patient, who came to the facility on a referral basis but not as a walk-in patient.

He said Dr Opuni came to the facility on May 21, 2022, with a referral letter and a printout of the optical Coherence, and that after examination, the only treatment was for the facility to operate on the eye.

The operation he said lasted for two hours and from the day of the operation, Dr Opuni was given post-operative medication and a six-week excuse duty.

He explained that, during the first 14 days of the six weeks, Dr Opuni had to bow his head, because of the gas injection component on the retina and that, a few days after the injection, Dr Opuni developed a high intraocular pressure, but it was managed with some medication.

He was then advised to always wear dark glasses and avoid exposing the eye to bright lights, the Medical Doctor told the court.

Under cross-examination from the prosecution led by Mrs Evelyn Keelson, a Chief State Attorney, Dr Abalo said, he was not the specialist, who performed the operation on Dr Opuni, but as the Medical Director of the facility and “it was under my watch that all operations were conducted, and all the retina specialists were under me.”

Dr Abalo added that “the post-operative cases were done by me.”

He also told the court that, “l am in charge of all the operation cases at the facility” and that, “In case anyone needs an excuse, it is the medical director, who writes the report, simply looks through the patient’s folder.”

When the prosecution put to him that, he had no capacity to give the court any expert opinion on the retina operation performed on Dr Opuni, the Doctor disagreed.

He said, “Every Medical Director has the capacity and the responsibility to be in charge and the success and failure of an operation rests on the Director.”

The Doctor also told the court that they gave Dr Opuni Six weeks for the eye to heal properly, because the retina was a delicate part of the eye, unlike other parts of the eye that heals within a few weeks.

Justice Honyenuga said, having heard the doctor on Dr Opuni’s records and cross-examination from the prosecution, “it is my opinion that the court grants Dr Opuni the excuse duty to heal.”

He said, the court was initially mindful to conduct the trial virtually but with some additional explanations from the doctor, he will not do that and rather adjourned to November 7, 2022.

No masks, no social distancing at next month’s Brit Awards, as gov’t looks to restart live events