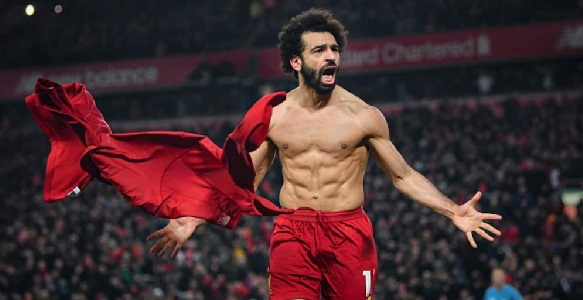 Salah entered the fray in the 68th minute and got his first goal in the 75th minute before scoring again just five minutes later. Another goal swiftly followed, with Salah scoring a hat-trick in just six minutes.

The winger broke the record for the fastest hat-trick in Champions League history, achieving the feat two minutes quicker than Bafetimbi Gomis managed for Lyon against Dinamo Zagreb in 2011.

That wasn’t the only record that Salah broke, as he has also now scored the most goals for an English club in the Champions League with 38.

In doing so, Salah overtook Didier Drogba, who scored 36 goals in Europe’s elite club competition for Chelsea and Sergio Aguero, who netted the same amount for Manchester City.

Salah had been criticised for his form this season, with the Egyptian having only scored twice in the Premier League so far.

However, the impact that he made against Rangers was a reminder of what he is capable of.

Liverpool as a whole have struggled for consistency this campaign but their confidence will have been boosted by their emphatic victory against Rangers.

Scott Arfield put Rangers in front in the 17th minute, but Liverpool responded well, with Roberto Firmino scoring a brace, while Darwin Nunez and Harvey Elliott also managed to get on the scoresheet in addition to Salah’s hat-trick.

Liverpool are currently in second place in their Champions League group having taken nine points from four games.