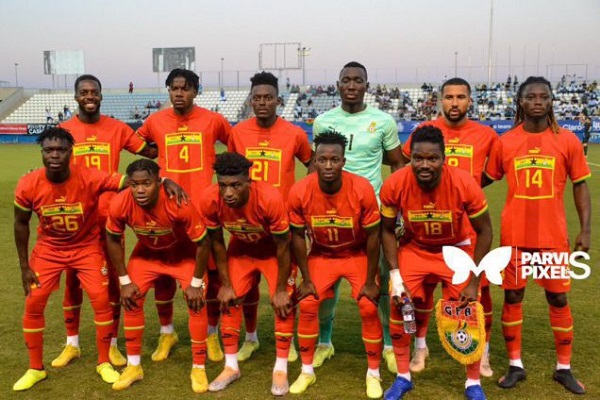 Coach Otto Addo is expected to use Thursday’s friendly game against Switzerland to fine-tune his squad ahead of the Black Stars first World Cup game against Portugal next Thursday.

Last Monday, the 47-year-old trainer released his final 26-man squad after his team was dealt a major blow following injuries to some of his key players, including first and second choice goalkeepers, Joseph Wollacott and Richard Ofori, as well as midfielder Baba Iddrisu.

The Ghana gaffer was left with no choice than to invite fresh goalkeepers such Abdul Manaf Nurudeen, Danlad Ibrahim and Lawrence Ati ZIgi. Although they’ve had previous stints with the Black Stars, they have not been tested on such a big stage as the World Cup.

This has become a major dilemma for the Black Stars coach over who should be handed the starting role between the sticks and tomorrow’s game as he is running against time in his quest to settle on his first team before the World Cup.

Apart from the goalkeeping department, the coach has no injuries with the outfield players who have all been in top form for their various clubs before the European league went on recess.

Ghana may not be new to European opponents, but this will be their first-ever game against Switzerland that also needs to test their strength against an African opponent as they play their first game against Cameroun on November 24.

Switzerland may not be among the superpowers in European football, but their underdog status has resulted in them pulling up surprises sometimes, including beating heavyweights Spain and Czech Republic 2-1 in the European Nations League last September.

With their array of individual talents at the disposal of Coach Murat Yakin, such as Granit Xhaka of Arsenal, Manchester City’s Manuel Akanji, Fabian Schar of Newcastle United, Ruben Vargas of Augsburg, Fabian Frei of Basel and Nottingham Forest’s Remo Freuler, they can douse Ghana’s hopes tomorrow.