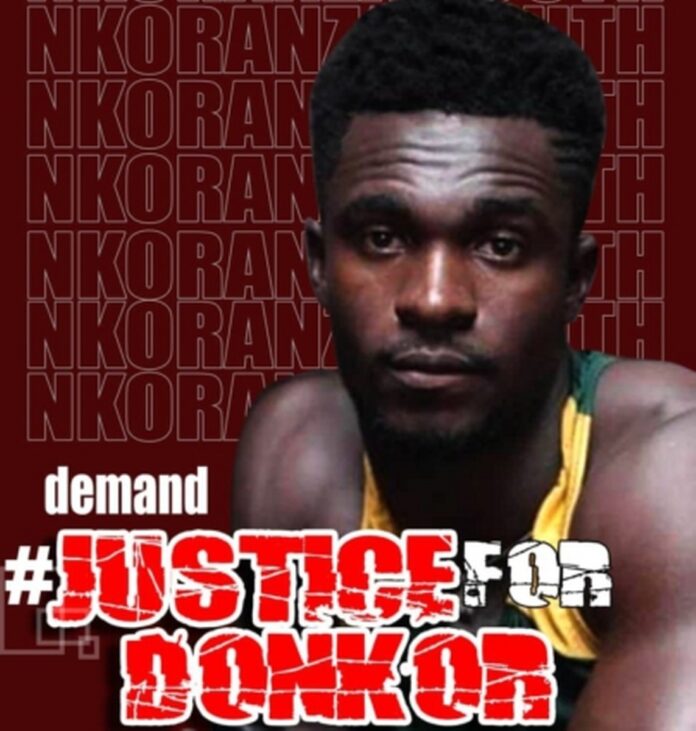 Youth of Nkoranza have blocked major roads in the Bono East town as tension escalates following the death of 27-year-old Albert Donkor in police custody.

Albert Akwasi Donkor, who is a footballer and digital television installer, is said to have been picked up from his Nkoranza South home by armed officers at 2:00am on April 24, 2022 in an unregistered vehicle on an anti-armed robbery operation.

He was said to have been gunned down in a crossfire at the crime scene.

The irate youth accused the police of being economical with the truth.

They bemoaned how the Police were silent on the issue and did not open up about the death of Albert until after three weeks before they were told about the sad news.

“Albert Donkor was denied access to a lawyer of his choice, his family members were denied access to him, he was never sent to court and all we are hearing is Albert is no more; how reckless can the police service be? The people of Nkoranza cannot stay silent when innocent Albert Donkor has been targeted and killed” the angry youth said.

They charged the police to ensure justice is served or face their wrath.

Check out some photos below:

They want to finish me, I need state security