4 arrested with 328 bags of smuggled fertiliser at Samreboi 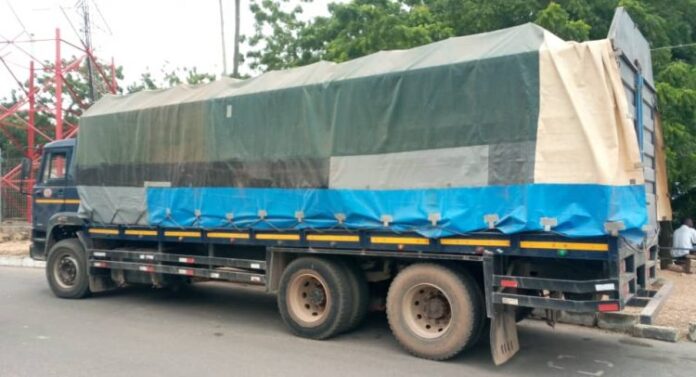 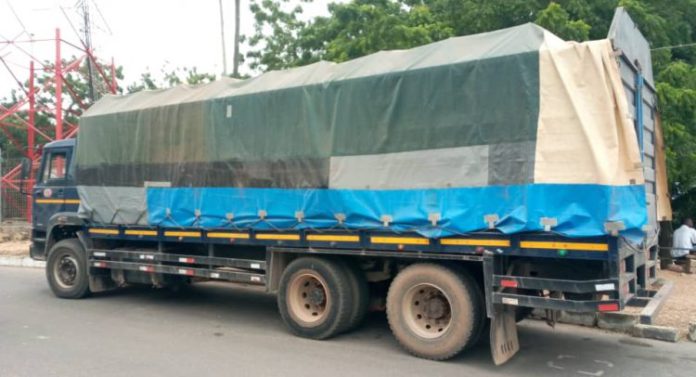 The Ghana Cocoa Board (COCOBOD) has arrested four persons for possessing about 328 bags of ‘Cocoa Eduane fertilisers ‘ unlawfully at Samreboi in the Western Region.

They had loaded the fertilizers on an articulated truck ostensibly to transport them outside the area to sell to unsuspecting farmers at exorbitant prices when they were arrested.

The suspects have subsequently been handed over to the police for further investigations.

Briefing journalists on the arrest, Charles Amenyaglo, Director, Special Duties at COCOBOD bemoaned the fact that people have unlawfully been purchasing fertilisers delivered to the farmers at highly subsidised rates.

“Some people have made it their business to be going round buying cocoa fertilisers delivered to the farmers at their doorsteps for use on their Cocoa farms.

“Then some persons will go round induce the farmers with money and buy the fertilisers to resell at an exorbitant price to farmers in other parts of the country. This is illegal”, he stressed.

He explained that until they are applied to the farms by the farmers, the owner of the fertilisers is still COCOBOD.

“We purchase the fertilisers at GHc560.00 per bag and give them to the cocoa farmers at GHc80.00 per bag.

“We procure the fertilisers, put them in a warehouse, transport them, to the farmer corporates for onward distribution to their members.

“We pay the loading at the unloading of fertilisers. So the farmers do not incur any cost at that point,” he revealed.

He disclosed that even the highly subsidised price of GHc80.00 is not paid by the farmers at the moment they received the fertilizers.

He said the four suspects were hauled before a Takoradi court on Thursday on the charge of causing financial loss to the state.

“However, the court indicated that the charge was not supported by the facts. So the suspects were discharged. But I will assist the prosecution to get the proper charges and we will go back to the court”, he added.

Put your gifts to profitable use – Rev. Eastwood Anaba