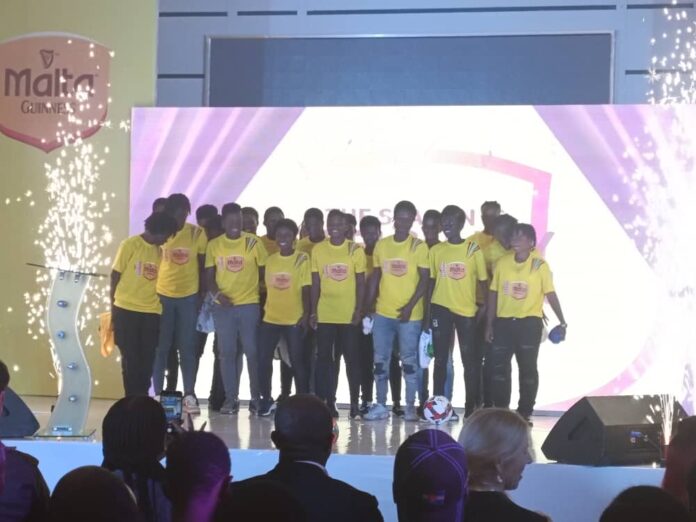 In attendance at the ceremony were representatives of the 20 Women’s Premier League clubs, the President of the Ghana Football Association, Kurt Okraku; the Chairperson of the Women’s League Board, Hillary Boateng and the Managing Director (MD) of Guinness Ghana, Helene Weesie.

The launch took place after the opening round of matches of the season were honoured at match centres across the country.

Malta Guinness has committed GHS10million to the WPL for a period of three years.

Speaking in an address at the ceremony, Ms Weesie said her outfit was convinced that with support, Ghanaian women could enhance their full potential in football.

Expressing gratitude to the GFA for its support throughout the partnership, Ms Weesie said in line with this year’s International Women’s Day theme; “Breaking the bias”, her outfit would sponsor the WPL to break the bias in the nation’s football space.

On her part, Ms Boateng expressed gratitude to Malta Guinness for contributing towards the development of the WPL.

“On behalf of the Women’s Premier League Committee, we are extremely grateful to have Malta Guinness on board. In past years we have not been able to have headline sponsors for the Premier League. For them to decide to do us the honours to come on board as headline sponsors, we say thank you. We appreciate you heeding to our numerous calls to seek sponsorships for women’s game,” she said.

“We know that even though this agreement is for three years, I believe after the three years we are going to hear from you on an extension.”

The WPL action continues this Saturday with second-round matches in the Northern and Southern zones.

Curbing COVID-19: One-third of MPs sit in Chamber for proceedings