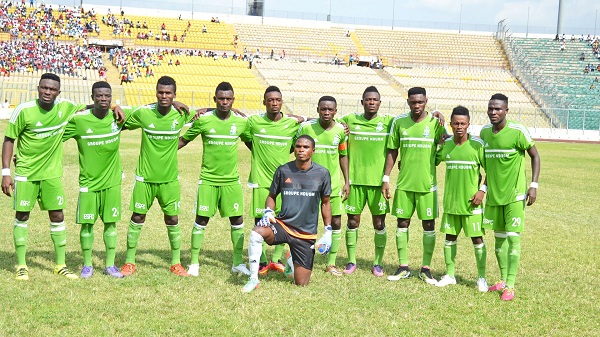 The fight to regain promotion to the top flight would be taken to a different level when two former Premier League sides, Elmina Sharks and WAFA clash in the Zone Two of the Access Bank Division One League at the Nduom Stadium on Tuesday.

The two teams were relegated from the top flight last season and would be looking for the opportunity for a quick return with a victory.

After two games in the second tier league, Elmina Sharks have won one game and eighth position while the Sogakope-based club was yet to win a game and languishing at the relegation zone but would be looking to use this game to grab their first win of the season.

Zone Two appears to be one of the toughest zones with other former premier league sides such as Ebusua Dwarfs, New Edubiase and Swedru All Blacks all looking for a way back to the top flight.

This makes the group very difficult and WAFA’s return could even be dicier if they don’t win this game and climb up the league log.

In other games Kenpong F. Academy will host Swedru All Black at the Swedru Stadium, New Edubiase will travel to the Ampain AAK II Sports Arena to play as guest to Nzema Kotoko, while Future Stars welcome Asokwa Deportivo to the Ejisu Okese Park.