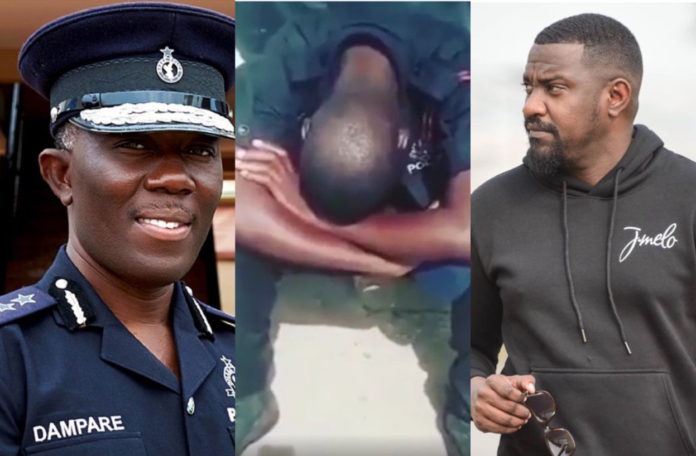 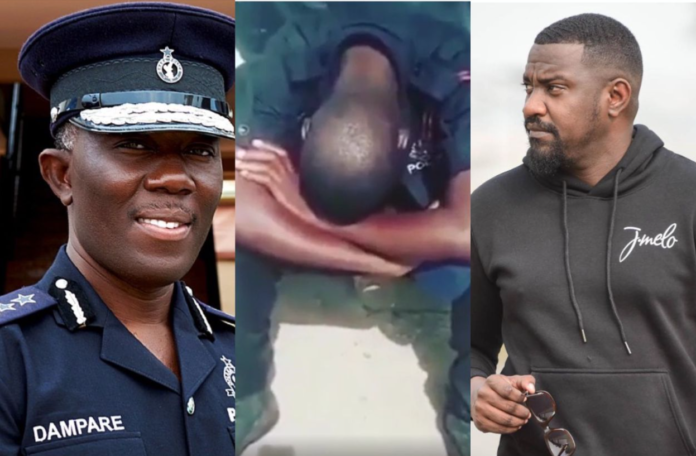 Actor and politician John Dumelo has pleaded with the Inspector General of Police, Dr George Akuffo Dampare, to forgive a police officer who was captured in a drunken state in a video that has since gone viral.

The drunk officer was filmed at Cape Coast where he is believed to have been on duty.

In the video, the officer is seen seated on a piece of cement block with his head buried in-between his legs while holding his cap.

John Dumelo’s plea comes after the Ghana Police Service’s official account released a statement saying he has been interdicted.

The statement also details why he has been interdicted.

The said officer has been identified and in line with Police regulations, he had been interdicted to make way for investigation into his conduct, the release read in part.

It added that the said officer’s suitability or otherwise to remain in the Service will be based on the outcome of investigations and the recommendation of the Police Medical Board.

Reacting to this, John Dumelo said the issue can be resolved domestically without going through formal procedures that will cause the said officer to lose his job.

Dear IGP, please don’t sack the said officer. I’m sure we can resolve his problem in-house. Thanks, sir, John Dumelo wrote in a tweet.

Check out the police statement below: