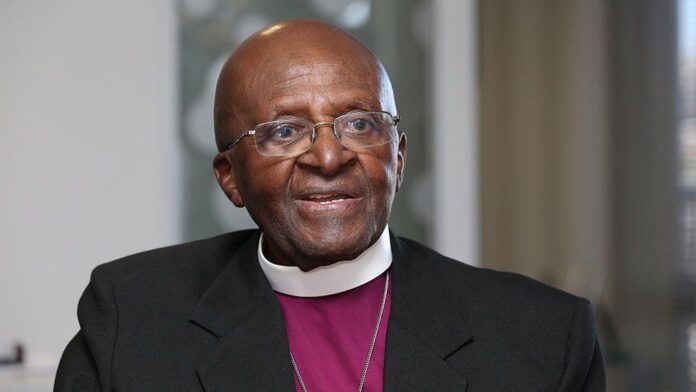 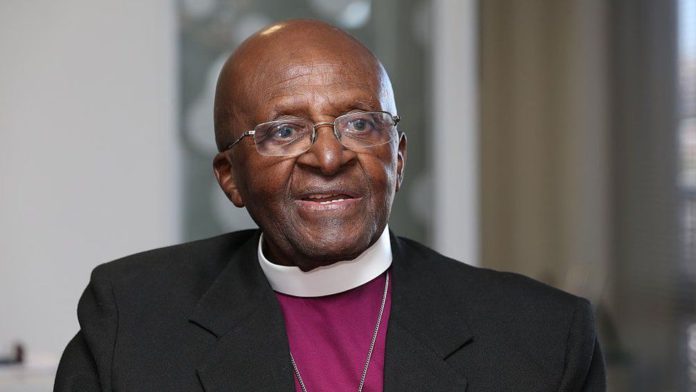 Eulogising the deceased for his enormous contribution to the country, he described the death as another chapter of bereavement in the nation’s farewell.

Mr Ramaphosa lauded the late Archbishop as a patriot without equal, adding he was one of the outstanding personalities who has bequeathed a liberated South Africa.

Desmond Tutu was a patriot without equal; a leader of principle and pragmatism who gave meaning to the biblical insight that faith without works is dead. We pray that Archbishop Tutu’s soul will rest in peace but that his spirit will stand sentry over the future of our nation. pic.twitter.com/ULGzhOOn9E

Tutu was one of South Africa’s best-known figures at home and abroad.

A contemporary of anti-apartheid icon and former President Nelson Mandela, he was one of the driving forces behind the movement to end racial segregation and discrimination enforced by the white minority government against the black majority in South Africa from 1948 until 1991.

In 1984, he was awarded the Nobel prize for his role in the struggle to abolish the apartheid system.

Social media has since been taken over by tributes in his honour.

Archbishop Emeritus Desmond Tutu was a guiding light for countless people globally. His emphasis on human dignity and equality will be forever remembered. I am deeply saddened by his demise, and extend my heartfelt condolences to all his admirers. May his soul rest in peace.

The news of the passing of Archbishop Desmond Tutu is very sad. A giant has fallen. We thank God for his life- a purposeful life, truly lived in the service of humanity. May his soul rest in peace. Condolences to all people world-over who were touched by his life and ministry. pic.twitter.com/LFec89r7Oy

Waking up to the sad news that Archbishop Desmond Tutu has died. The whole Christian community around the world thanks God for his inspiring life of service and witness. May he rest in peace and rise in glory.

We have lost a giant.

You will be remembered and honoured for decades to come.

Thank you for your service to South Africa and her people 🇿🇦 pic.twitter.com/Fm1rIgevOv

- Advertisement -
Facebook
Twitter
Pinterest
WhatsApp
Previous articleOne dead, others in critical condition after car crash in Bole
Next articleFive countries that don’t celebrate Christmas even in 2021

Players over 30 years are politicians – Nyantakyi