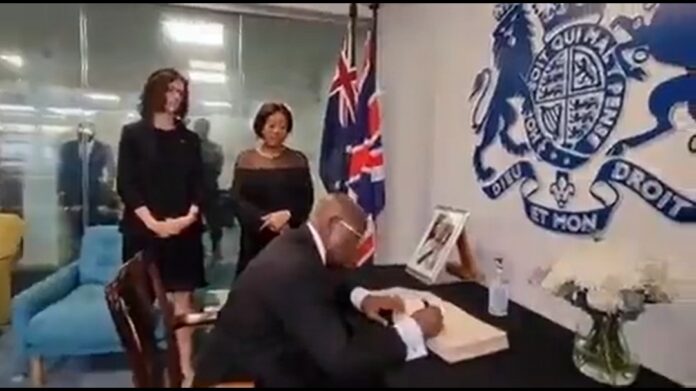 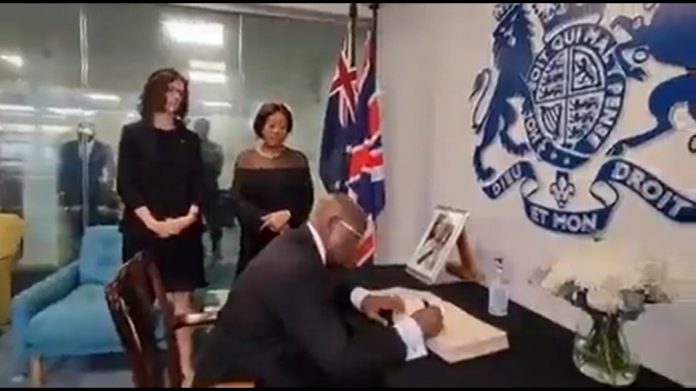 President Nana Akufo-Addo on Monday morning signed the book of condolence opened at the British High Commission in Accra to pay last respects after the death of Queen Elizabeth II of the United Kingdom.

President Akufo-Addo, the first to sign the book in Accra, said “I remember her presence and her friendliness. It is sad, we all have to go. It is sad that she is gone.”

Known as Elizabeth Alexandra Mary, the Queen was born on April 21, 1926 and passed on on September 8, 2022. She was Queen of the United Kingdom.

She was queen regnant of 32 sovereign states during her lifetime and 15 at the time of her death.

Her reign of 70 years and 214 days is the longest of any British monarch and the longest recorded of any female head of state in history.

President Akufo-Addo said he was a Member of Parliament in opposition when the Queen addressed Parliament in 1999 and remembered her address to Parliament as well.

He used the opportunity to wish King Charles III, all the best of luck in his tenure and described the King who had been in Ghana on some occasions as “a good friend” adding that “I am confident that he will do a good job in her succession.”

She said the Queen greatly enjoyed her two visits to Ghana and that there were some wonderful photos of she dancing with the first President of Ghana, Dr Kwame Nkrumah and termed it “a momentous time”.

Ms Thompson commended President Akufo-Addo for the gesture, adding that “we appreciate you being an important part of this historic moment.”

Shop owner in tears following burglary a day after restocking –