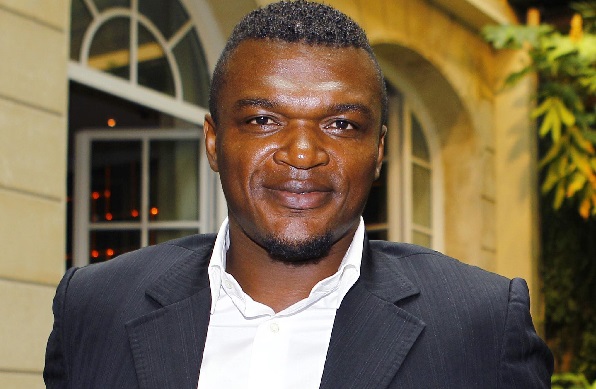 Desailly stated that it would be a proud moment for the Black Stars to beat Uruguay in their final group game in Qatar to appease Ghanaians, following Ghana’s painful defeat to the South Americans at the 2010 edition of the tournament in South Africa.

Luis Suarez became an enemy of African football when he scooped out a goal-bound header from the goal line with his hands, denying Ghana an opportunity to make a historic semi-final berth in the 2010 World Cup.

However, the Black Stars have a perfect chance to avenge their painful exit from the tournament 12 years later and the French legend wants it to count in Qatar.

“It is the World Cup again and everyone will be happy to see Ghana make a significant impact at the tournament.

“One of the major talking points is the game with Uruguay and I think it is a perfect time for revenge for Ghana and Africa as a whole,” Desailly told Graphic Sports in an exclusive interview.

Commenting on Ghana’s chances of progressing from the group stage, Desailly said it would be in the interest of the Black Stars to start their campaign on a bright note.

The 1998 World Cup winner noted that starting tournaments such as the World Cup steadily builds confidence for a team to excel as the campaign progresses.

“It is not going to be an easy group for Ghana but there is a chance if the team can start on a bright note.

“It is very important to start steadily and grow into the tournament in such competitions because you need the stability to reach far and I believe it can be achieved.

“Portugal stand tall in the group because they won the Euros recently and in terms of experience they are ahead, but Ghana should not be ruled out from the group,” insisted Desailly.

Meanwhile, Peter Sarbah writes that the agony of Ghana falling to Portugal in the 2014 World Cup remains fresh on the minds of many Ghanaians as the Black Stars open their World Cup campaign against the Seleção das Quinas at the Stadium 974 in Doha on Thursday.

For most Black Stars players, it would be payback time as they dare to open their account with a convincing victory over one of Europe’s heavyweights.

Traditionally, Ghana are slow starters in international competitions but get better with time. But the desire to rewrite that narrative and avenge their 2014 defeat to Portugal will be the main focus for Ghana as they head into this game.

On paper, the 2016 European champions appear to be the favourites, considering the depth of quality of their individual players who are at their peak in European football.
That notwithstanding, the Portuguese also parade some ageing players such as Cristiano Ronaldo, 37, and Pepe, 39, which the Black Stars could capitalise on.

Eight years after scoring in their 2-1 win over Ghana, Ronaldo may not be as clinical as he used to be, while Pepe, who now plays for FC Porto, has also dipped in form in Real Madrid.

Apart from these old guards, they can still boast some top quality players in the likes of Bruno Fernandes, who has been in fine form and even scored twice in Portugal’s 4-0 thrashing of Nigeria in their last friendly in Lisbon last Friday. Coach Fernando Santos also has in his arsenal weapons such as Diago Dalot, Joao Felix, and Bernardo Silva who are also in great shape.

But these names may not intimidate the Ghanaians who are determined to secure their first victory over the Europeans in their second-ever outing at the same stage of international competition.

Coach Otto Addo, who guided the team to qualify for the Mundial, would be presenting the youngest team in the competition who are bent on upsetting the Portuguese.

HIV killed over 900 from January to June in Ghana