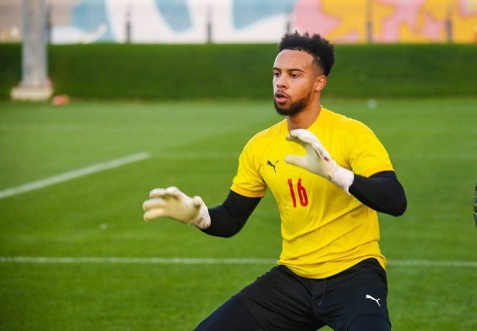 Injured Black Stars short stopper, Joe Wollacott, is expected to undergo surgery after he missed out on the Black Stars squad for the World Cup due to injury.

The England-born goalkeeper was excluded from the squad after he sustained injury while warming up ahead of Charlton Athletic game at Burton last Saturday.

Charlton Athletic manager, Ben Garner, expressed disappointment in the player’s injury having played an influential role in helping the Black Stars qualify for the World Cup.

According to the manager, Wollacott was looking forward to the World Cup and it was such a big blow and disappointment for the injury to have happen just days to the start of the Mundial.

“Everyone at the club is bitterly disappointed for Jojo. He played such an important part in Ghana getting to the World Cup and we all know how much he was looking forward to it. For the injury to happen so close to the tournament and in such innocuous fashion is very cruel”, he said.

Garner disclosed that the 26-year-old could be travelling with the Ghana squad after his surgery and added that he was confident the player will return from the injury much stronger.

“My understanding is that following surgery he will still meet up with the Ghana squad and remain a key member of their travelling party. Knowing Jojo as I do he will respond to this setback with great maturity and a determination to come back even stronger.

“I think the world of him both as a person and as a player. It goes without saying that Jojo will receive our full love, care and support throughout this coming period.”

Boadu, others for Coach of the Month award