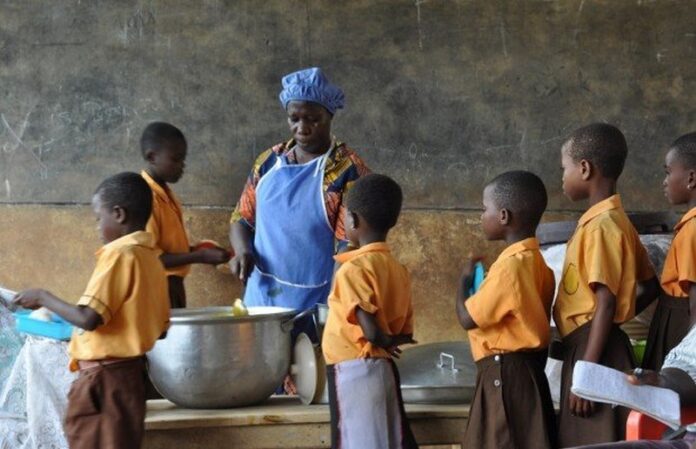 Two caterers of the School Feeding Association have been involved in a squabble over presidential position.

One Juliana Cudjoe has made claims to be the founder of the Association for which she deserves to be appointed its president, while another caterer, Charlotte Asante, has opposed, claiming to have been duly elected by the executives.

Clashing on Adom TV’s Burning Issues on Wednesday, Madam Cudjoe said she was the only recognised regional president, until a National Association was formed quite recently.

“I am the one who established school feeding association, the whole Ghana there wasn’t any association like that so our PRO Adiza left our association only for Charlotte Asante to create the national one and that time mine was Accra regional but later, another person from their association also created theirs, so all of them are my sons and granddaughters,” she said.

Madam Cudjoe claimed she has suffered for the caterers association, adding that she has to disguise herself anytime she visits the market as she and other members are indebted to some suppliers.

In contrast, Madam Charlotte Asante has declared herself the only representative of the association since the era of former Gender Minister, Cynthia Morrison.

“I am the only president of the School Feeding Caterers Association who communicates with the government officially since Cynthia Morrison’s era. I only got to know Juliana Cudjoe as at the time they organised a press conference. When the ministry invited us for a meeting, I personally called Juliana Cudjoe but she refused to show up so we went ahead to meet the Ministry,” she recalled.

She indicated she is the one at the front of negotiations for the Association, which makes her the executive that deals with the authorities directly.