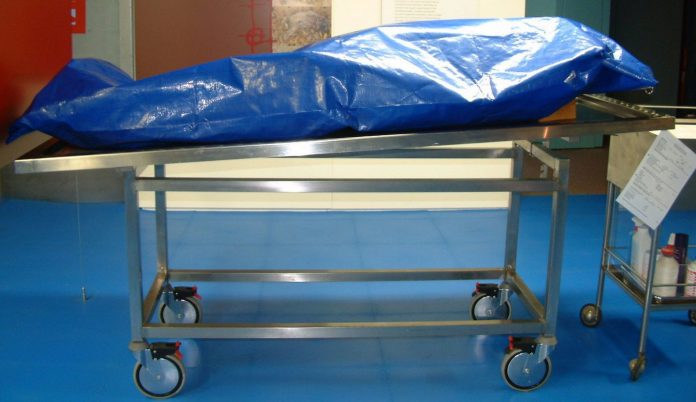 Police in Uganda are investigating circumstances under which a woman died hours after her wedding in Kampala.

According to a police report, the lady, identified as Joana Namutebi, attended her wedding reception at Sheraton Hotel on Friday, before retiring to her room in the same hotel to kickstart her honeymoon with her husband.

The happy couple passed the night but woke up early morning to visit Women’s International Fertility Hospital in Bukoto to attend to a medical situation that required contraception.

Upon reaching the hospital, the couple was reportedly advised against the Intra Urine Device (IUD) citing problems with the uterus alignment as per the scans performed on Namutebi.

She was, however, guided medically and given some medical liquid to enable her uterus to re-align.

According to a press briefing by the Uganda Police Criminal Investigations Department on Monday, Namutebi’s other condition was that she had been fasting and on period.

“The doctors advised the couple that a woman who was coursing should not be allowed to take on the IUD method, but there was no heed,” the CID spokesperson, Charles Twiine said.

Following the process of inserting an IUD in Namutebi’s body, she developed severe effects which included a pounding headache and uncontrolled throwing up.

Efforts to stabilise her condition were unsuccessful as Namutebi’s health started to deteriorate quickly. To the shock of the newlywed bridegroom, Namutebi was pronounced dead shortly.

The police confirmed that Namutebi’s family is aware of the situation but they will continue to probe the circumstances surrounding the bride’s death.

“We want to be sure she died of natural causes,” Twiine said.

Panic as man slumps and dies in bank [Video]