Teacher, wife stabbed to death in row over parking 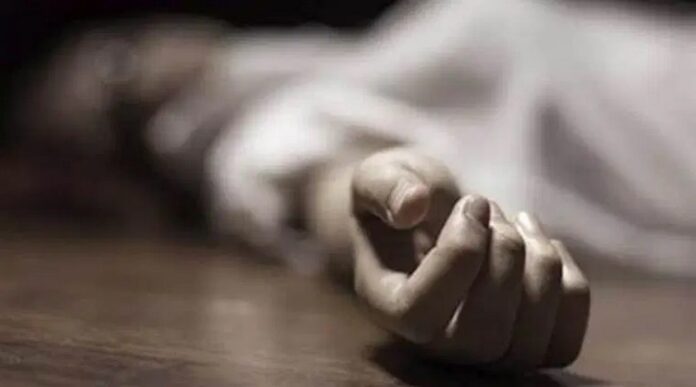 Tributes have been paid to a couple stabbed to death when their kids slept upstairs following a row over parking.

Stephen Chapple, 36, and wife Jennifer, 33, were found with serious injuries in their home in Norton Fitzwarren, Somerset, on Sunday night.

Tragically, their two young sons – aged four and seven – were in the house at the time of the horror.

They are now being cared for by Jennifer’s sister at her home nearby.

The couple’s neighbour, 34, and his dad, 67, have been arrested on suspicion of murder and remain in custody.

Heartbroken friends have now paid tribute to garden centre worker Jennifer and Stephen – a computer teacher at a secondary school.

One pal said: “Make time for your friends. Make that visit to see family. You just never know what could happen tomorrow.”

While another wrote: “Absolutely unbelievable. Cherish your friends and family you really don’t know when it will be too late”.

Floral tributes have also been left at the scene today by devastated friends.

One message read: “Jennifer you lit up the street with your smile.

“You and Steve have been such wonderful friends since you arrived in our lives.

“Such a kind and welcoming couple.

“You have left a void that will be felt across all those who knew you.

“Words cannot express how much we’ll miss you both.”

Another said: “Jenni, chick I bloody miss you.

“Thank you for the laughter, joy and craziness you brought into my life.

“And thankyou for sharing your family.”

The couple had reportedly being embroiled in a row over parking on their estate before the double killing.

One of the men arrested is understood to have a military background.

Both families lived on the estate for around five years.

A local said: “We didn’t see much of [the suspect] really but there had been rows in the past about parking.”

Cops confirmed they had previously been called to deal with rows, believed to be about parking issues.

Stephen and Jennifer’s deaths have been referred to the Independent Office for Police Conduct because of previous police contact with those involved.

Post mortems will be carried out in due course to determine a cause of death.

Detective inspector Neil Meade said: “Two young children were inside the property at the time of the incident and while thankfully they weren’t hurt, they are understandably distressed at what has happened.

“They are being looked after and specially trained officers have been deployed to support the victim’s families in what is undoubtedly the most difficult of times.

“We will carry out a full and thorough investigation and we will do all we can to achieve justice for the victims’ families. While this appears to be an isolated incident, there will be increased police activity in the area to provide the community with reassurance.

“Incidents like this are very rare but when they do happen we know they cause significant concern so we would urge anyone with worries or questions to speak to an officer or contact their local neighbourhood policing team.”

We’ll not cover up corrupt practices in assemblies – Minister

John Dumelo should be encouraged – Trigmatic

4 suspected to have tied, clubbed man to death arrested