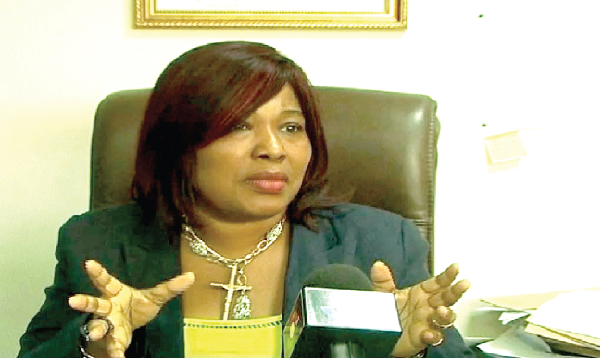 The Convention People’s Party (CPP) has stated that a state-led economy should be the main driver of economic growth while the private sector plays a supporting role.

“We believe industrialisation through state intervention is the way to go in creating employment and harnessing economic growth and development,” it stated.

In a statement signed by its General Secretary, Nana Yaa Akyempim Jantuah, in response to the government’s 2020 Budget Statement and Economic Policy, the party cited state-led economies which had succeeded such as Malaysia, Indonesia and Singapore.

The statement said a CPP government in 2025 would mobilise the needed human and financial resources and capital for economic growth and development for the country.

“Today, the neoliberal economic model of the private sector taking the lead and completely taking over while government sits lazily on a couch watching without lifting a finger to intervene in market forces has failed us woefully,” it stated.

The statement called on the government to account for the huge sums of money borrowed since its assumption of power in 2017.

According to the CPP, although the current NPP government had borrowed GH¢300 billion, with a debt to Gross Domestic Product (GDP) ratio of over 80 per cent, there was nothing to show for it while the economy was in stack “stagflation” (A spiral of depreciation and inflation) with no growth and no wealth creation for the country.

It also urged the government to come up with a better, humane, practical and meaningful way of raising revenue to pay the debt owed road contractors and other institutions.

While objecting to the Electronic Levy (E-levy), it said it was unthinkable that a 15 per cent increase would be slapped on all government services as well.

It urged the government to tax the profit margins of the telecommunication companies running the mobile money business instead of putting the burden on the ordinary Ghanaian.

The statement, therefore, called on parliament to reject the proposal and questioned how a government would be promoting digitalisation and turn round to slap a tax on electronic transactions.