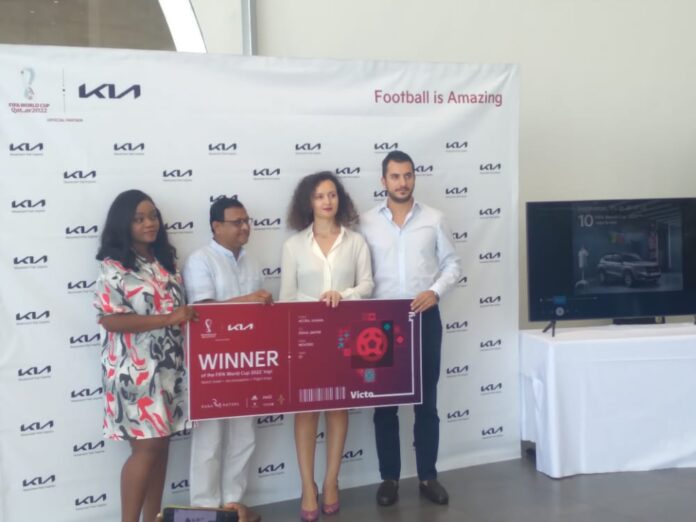 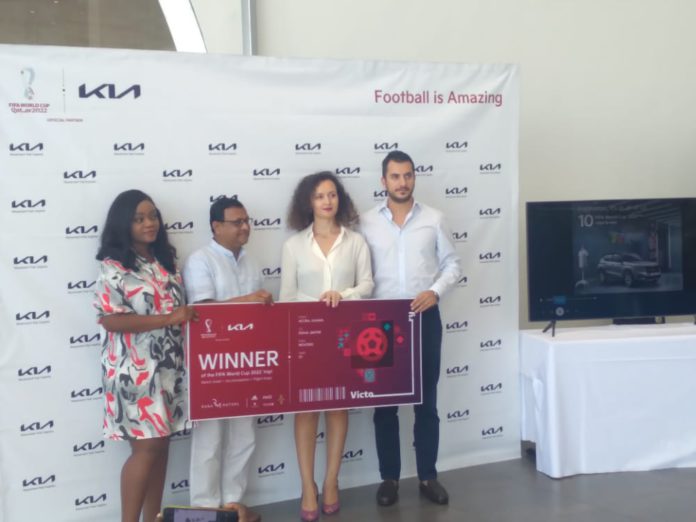 Rana Motors, the main distributors of KIA brands in Ghana, have presented tickets to their lucky winners for a free trip to Qatar to watch the 2022 FIFA world cup.

The winners were shortlisted among a slate of others in their 2022 World Cup promotion after which five were luckily selected. The promotion was done in partnership with the National Lotteries Authority (NLA), and supported by Coca Cola, Caveman Watches, and Qatar airways.

The Chief Operating Officer of Rana Motors, Kaseem Odaymat, congratulated the winners and thanked them for choosing the KIA Brands.

“This promotion is one of several activities lined up to inspire our customers and Ghanaians in general as we participate in the year’s world cup tournament,” he said.

He also said that the KIA brands being the official automobile company sponsor of FIFA, provided the vehicle that transported the World Cup trophy safely during it’s tour to the country in partnership with COCA-COLA.

Among other things, Mr Odaymat also stated that “Also for the first time ever in Ghana, we had the opportunity of selecting young Ghanaians between the ages of 10 and 14 to be an official ball career at the FIFA World Cup in Qatar.”

According to him, the search was lunched in August this year and that they are almost at the tail end to select their finalists for the occasion.

The promotion commenced on 1st September 2022 across all KIA showrooms in Tema, Accra, Spintex RD, Kumasi and Takoradi.

With the September draw done, all attention now turns to the October draw which will be held in early November to award five more customers with a trip and full package to go enjoy the Black Stars at the World Cup in Qatar.