Panic as Nigerian students are attacked in India 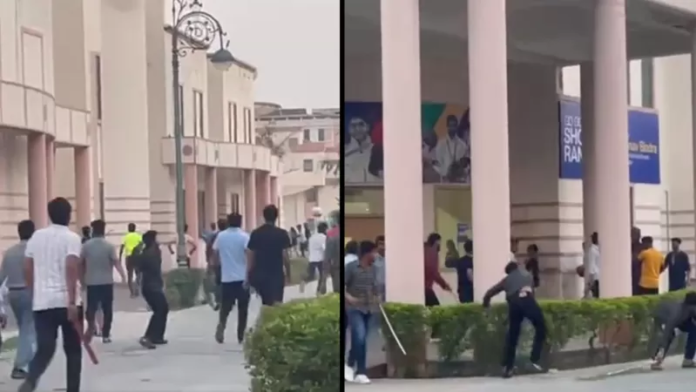 Nigerian officials have called on the authorities in India to ensure the safety of Nigerian students in the country.

This followed fighting between Nigerian and Indian students at the GD Goenka University in the capital Delhi, sparked by a football match dispute last weekend.

Footage of the clash has been shared on Twitter.

The incident at the university’s Gurugram campus forced more than 80 Nigerians to flee and take refuge at the country’s embassy.

The chairwoman of the Nigerians in Diaspora Commission, Abike Dabiri-Erewa, said “a few injuries” had been recorded during the violence.

But Mrs Dabiri added that “calm” had been restored and that the Nigerian students have since returned to the campus after a meeting between officials of the two nations.

In a tweet, the Nigerian representative also said the country’s embassy had got a “written commitment by the Indian authorities to protect” Nigerian students.

She also advised that any student who felt “threatened” should report to the diplomatic mission of Nigeria.

The Indian authorities said they are investigating the incident – including reviewing CCTV footage of the violence, according to local media.

Thousands of African students – many of them Nigerians – are studying at several Indian universities.

But there have often been tensions between the locals and Africans.

Local media report that last month some Indian students had protested against African students playing on a football pitch, insisting that they should instead do so inside their hostels.