One dead, four others injured in gas explosion at Ejisu 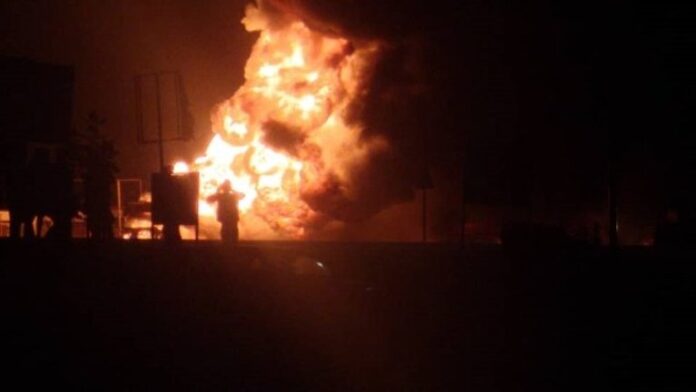 A 14-year-old girl has died with four others on admission at the Intensive Care Unit of the Komfo Anokye Teaching Hospital.

This is after a gas cylinder exploded at Achiase-Amoam in the Ejisu Municipality of the Ashanti Region.

The incident happened at about 4 pm on Monday when a tenant tried checking on her leaking gas cylinder, which exploded and caught fire in the process.

A next-door neighbour, who was in her room with her three children, ran out upon hearing the sound of the explosion but was caught up in the fire.

Occupants of the house and other residents in the area came to the rescue of the victims and rushed them to a health centre in the area, and they were subsequently referred to the Komfo Anokye Teaching Hospital.

The 14-year-old girl, Shamsiya Yahaya, died on Thursday while on admission at the hospital.

The four others, a mother and her two children and another tenant, are currently on admission.

The owner of the gas cylinder which exploded, Yamusah Humu Salma, told Citi News: “For now, I am confused… I am in pain.”

Residents in the area are mobilising funds and are also appealing to the public to help cater for the medical bills of the victims.