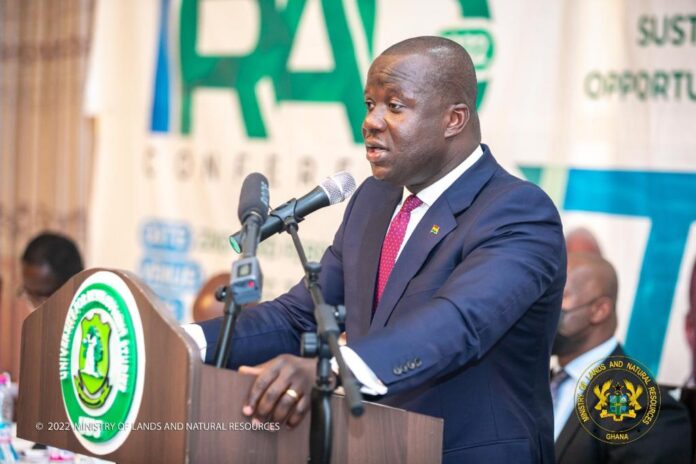 A comprehensive list of all licensed small-scale mining companies nationwide has been handed over to the Military High Command.

This forms part of new measures rolled out by the government as part of Operation Halt II to rid illegal miners off the country’s forest reserves and water bodies.

“As they [soldiers] are in the field, they have the records of licensed small-scale miners and they are able to tell that this particular operation is not licensed, is not lawful and therefore it’s a ‘galamsey,” he said.

He added the operation was re-launched about two days ago and is already yielding results and is optimistic desirable results will be raked at the end.

“The priority is the water bodies then they move to the forest reserves and in just two days, about 1,000 changfans, 30 excavators destroyed others decommissioned,” he added.

The Minister noted the personnel are expected to perform their duties without any interference from chiefs, political figures or even himself except for their commanders.

Meanwhile, he said the personnel will be responsible and accountable to the Minister of Defence, the President and ultimately the Ghanaian people.

“So if things go wrong in the course of operation, the Minister of Lands and Natural Resources, to a large extent, will not be held accountable; it is the Military High Command which would be held accountable because we have given them all the logistics they need and will continue the fight till whenever necessary,” he detailed.