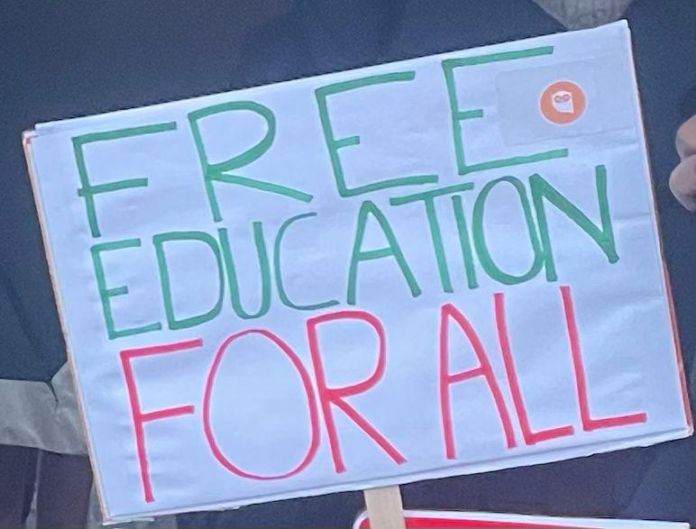 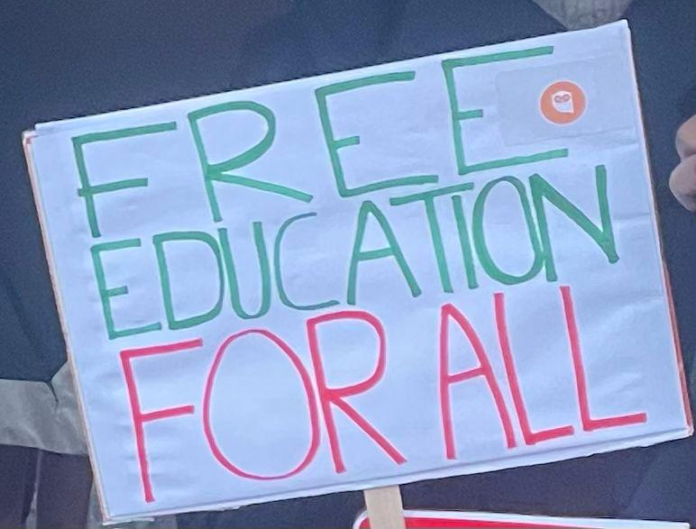 Students defied heavy downpour in Norway’s second biggest city on Wednesday October 12, 2022 took to the streets of Bergen to demonstrate against the move by the government to introduce university tuition fees for international students outside Europe (Non-European Union and the European Economic Area students).

According to the students, if the national budget is approved by Sorting (Norway’s Parliament) it will further burden international students who study in Norway.

The nationalities of the demonstrators include Norwegians, EU students, Asians, Africa students and among others converged at the Blue Stone at Torgallmenningen.

The students came out in their numbers from both private and public universities in Bergen to show their displeasure to the government.

The demonstration was organised by the Student Parliament at University of Bergen (UiB) and the Student Council at Western Norway University of Applied Sciences or (HVL) to fight against the proposal by the government.

Public Norwegian universities do not charge tuition fees for international students, but students pay a semester fee of NOK 300-600 for each semester.

Stressing on the importance of the proposal for Norway’s 2023 budget, the Minister of Education, Ola Borten Moe, said Norwegian students who study abroad pay tuition fees so students of other countries studying in Norway too should also pay.

But the students believe that the move will prevent a lot of students from studying in Norway.

“The Norwegian government is breaking the principle of free education when they introduce tuition fees for international students. This breaks with their own election policy platform.

The principle of free education in Norway is a principle that is both important for students and researchers, and for the growth of diversity in our society. This has now been removed by the deceitful promise breakers, our dear government” a statement by the students stated.

“The government is also proposing to reduce the stipend to 40% for all students from the Autumn of 2023. We believe this is an unnecessarily strict policy change that will affect the students’ possibilities to study abroad and to exchange to other universities” they added.

Some of the students added that the proposal is an upfront to United Nations (UN) Sustainable Development Goals (SDGs) goal 4 which is about quality education”Ensure inclusive and equitable quality education and promote lifelong learning opportunities for all”.

They called on the Norwegian government and Parliament not to approve such fees in the 2023 budget.

There was massive food shortage in 2020 – CPP reacts to SONA

I slacked a lot and I’m sorry