No “Sakawa” in music – Manifest 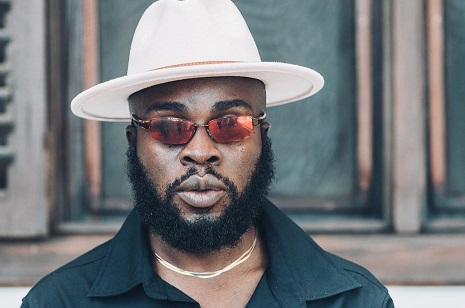 Rapper M.anifest has charged Ghanaian artistes to improve their knowledge of music production and respect the growth process because a lazy approach doesn’t produce success.

According to him, it’s disheartening that some artistes have failed to acknowledge and appreciate hard work as a basic ingredient for success falling on “sakawa” means to make a name.

“We are a people who don’t talk about progress, we don’t talk about results but always want to enjoy success. No, it doesn’t work like that when we can’t even do due diligence with our creativity.

“Everything is “sakawa”, quick quick money so quick quick fame and success. That is all that seems to matter but the fact that an artiste is successful today doesn’t mean the breakthrough happened overnight.

“You can’t just be interested in somebody’s achievement without considering the process they went through and the excellence they put in their craft,” he stated.

For over a decade, M.anifest, real name Kwame Ametepe Tsikata, has carved his own path in the music industry with popular songs such as No Short Cut, Me Ne Woa, Some Way Bi, Be My Woman, Makaa Maka and god MC.

And yesterday, the Best Rapper at the 2017 Vodafone Ghana Music Awards held a listening party for his latest album: Madina to the Universe.

With previous albums giving him lots of attention in Ghana and beyond, it has not been an easy path for M.anifest who has stayed true to the music style and the approach he believes in.

Nothing wrong with competitive rivalry – M.anifest

In his opinion, artistes must be bold to take steps alien to the status quo. He indicated that many young artistes had been forced to abandon their style for popular trends because they wanted to ‘blow.’

“I’ve never been under pressure to do music that people think will be accepted by the masses because anyone who wants extra results for an initiative has to be bold to take new steps.

“Unfortunately, most Ghanaian artistes are relaxed in that regard. But the truth is that we have to use our creativity to find new ways to break ground and not just take anything that we think is easy or comfortable for everybody.

“Anybody that has been successful from Ghana has been bold and charted a new path. You’ve seen what is happening with Amaarae.

“Well, she may not be popular in Ghana but it doesn’t matter because now she is charting on the US Billboard charts, nobody has done it and that is what I’m talking about. If you are an artiste, you know you don’t have plenty of resources but you have to use your creativity to break new grounds,” he noted.

As an artiste, M.anifest believes that the Ghanaian media has not done much in putting the spotlight on other talented artistes. In his opinion, the conversations have been limited to a few, leaving many others to wallow in obscurity.

“The Ghanaian music industry is not just about three or four people but unfortunately, the media has limited the conversation to a few people. I’m very confident about the next generation of artistes but their works must be heard and not left to go unnoticed,” he said.

Talking about his new album, Madina to the Universe, M.anifest said the title reflects his progress as a young musician with humble beginnings from Accra heading for the global stage.

Despite his global ambitions, the Forget Dem rapper said winning Grammys was not a measure of an artiste’s success.

“Sincerely, we need to raise the level of our conversations. Yes, winning Grammys is good but why should that take the centre stage of our conversations, especially when we don’t have control over it. American rapper Nas, won his first Grammy last year but he has been culturally relevant for years.

“Let’s think of how our music can equally make impact without pointing accusing fingers at factors such as our small market being a hindrance to our global impact. Jamaica is a population of fewer than three million people but the cultural impact of their songs is felt globally. Today, our own Afrobeats is even influenced by Dancehall so we need to up the game,” he added.