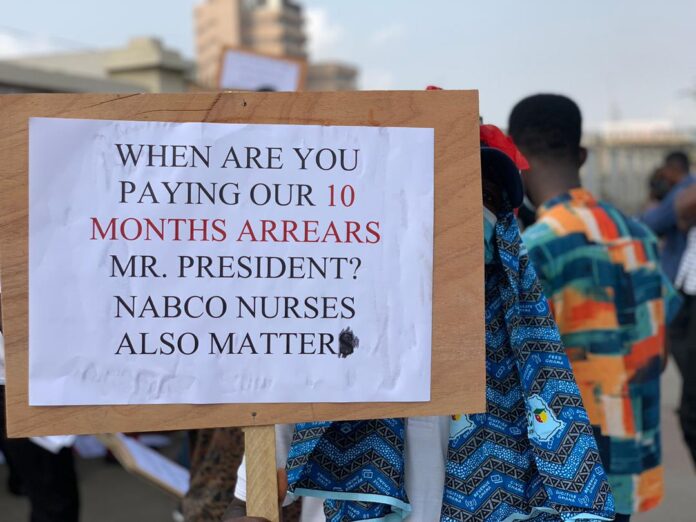 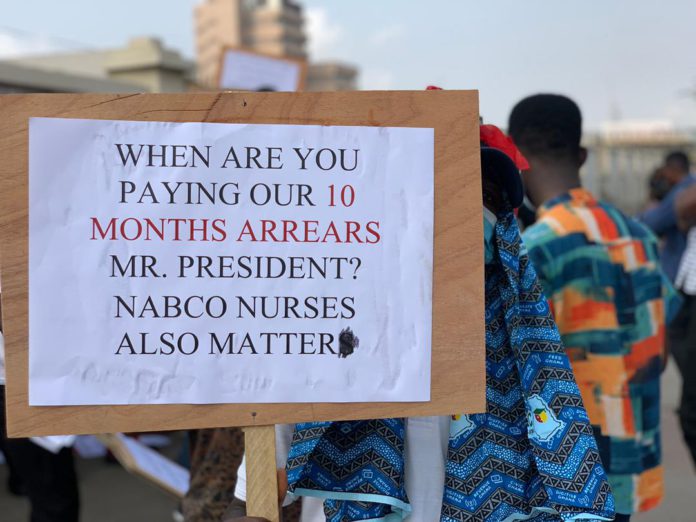 The Nation Builders Corps Trainees Association of Ghana has suspended planned picketing at the Jubilee House over the 10-month unpaid allowances.

The exercise, which was scheduled for Tuesday, September 20, 2022, was phase two of a similar exercise carried out at Independence Square in August.

But in a statement, the Association indicated the suspension follows a meeting with the Greater Accra Regional Police Command on Sunday.

The Command, according to the statement issued by the National President, Dennis Opoku Katakyie, raised concerns over their targeted destination.

“Per the meeting held on Sunday, 18th September, the Greater Accra Regional Police Command raised a disapproving position about the targeted destination point for the picketing, which is the frontal area of the Jubilee House, seat of government.

“We were asked to change the location owing to the fact that it’s a security zone so such exercise cannot be held there,” the statement read in part.

The statement indicated the Police suggested they return to the Independence Square but since their first exercise held there has yielded no results, they declined.

They have, however, indicated the next line of action will soon be communicated.

“Our posture as law-abiding citizens doesn’t mean we are cowards to be taken for granted by authorities as peace without justice isn’t peace enough,” the statement noted.

Diamond: I once worked as a fuel pump attendant

Ex-child bride among 3 women executed for murdering their husbands