My best years on radio are with Angel FM – Ohemaa Woyeje 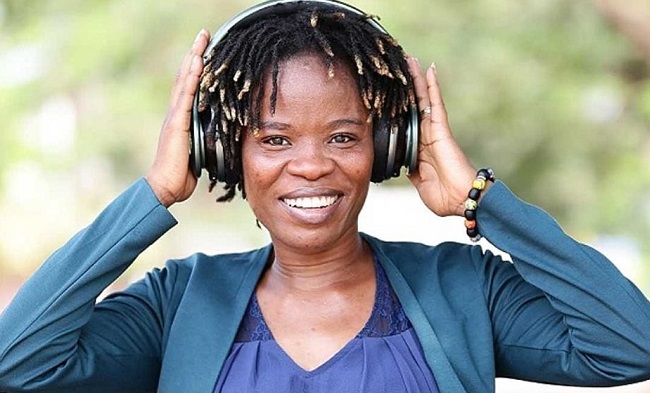 Even though she started working in the media space in 2003 and has worked with a number of stations, host of Yadwuma Nie on Angel FM, Ohemaa Woyeje, says her best years as a radio presenter have been with the Angel Broadcasting Network (ABN).

According to her, although she has been working there for less than two years, she feels fulfilled being under the ABN umbrella.

“I have been with them for less than two years and I can confidently say that so far, ever since I started the media work in 2003, being with them has been the best.

“I do not need to be with them for a number of years before I’m able to tell, at least if not for anything at all, my experience in this job has enlightened me so I can tell if an environment will be good or not, subsequently for me ABN is for life,” she told Graphic Showbiz after receiving a brand-new Toyota Prado from her bosses.

Read also: Ohemaa Woyeje gifted Toyota Prado by Angel FM owner
When asked if her comments were not because of the car gift, Ohemaa Woyeje said no. “It is not because of what I have received. I just know when someone has your best interest at heart and that is what I see with the people I work with.

“The respect, the space to be yourself and how they are open to ideas and ready to work with you to materialise them is something I love. But of course, I am grateful for the gift. I am one person who likes to’ hustle’ for things I have so this gift is one that does not only surprise me but makes me feel fulfilled,” she said.

She added that the gesture meant she had to work extra hard. “The fact that I have been given this doesn’t mean I am better than the others and it also doesn’t mean I should be swollen-headed. It only means more work and I am ready to go the extra mile. I just have the right environment to function that’s all.”

Speaking on why she chose to work with ABN, she said it was the company’s vision. “When they contacted me and we spoke, one thing stood out for me and it was their vision, which was in sync with mine.

“I was determined to be a part of a success story. However, this is not to say that there are no challenges, of course in everything there will be but I am glad we are breaking boundaries.”

CEO of ABN, Samuel Kofi Acheampong, who presented the car to Ohemaa Woyeje commended her for the risk she took in joining them.

“What she did was a risk, something she had no idea of how it would end and whether it would even survive. It is not easy for someone to make up her mind to let go of a huge brand and follow a brand that is about starting. Since then, she has been helpful and championed the success of Angel FM,” he said.