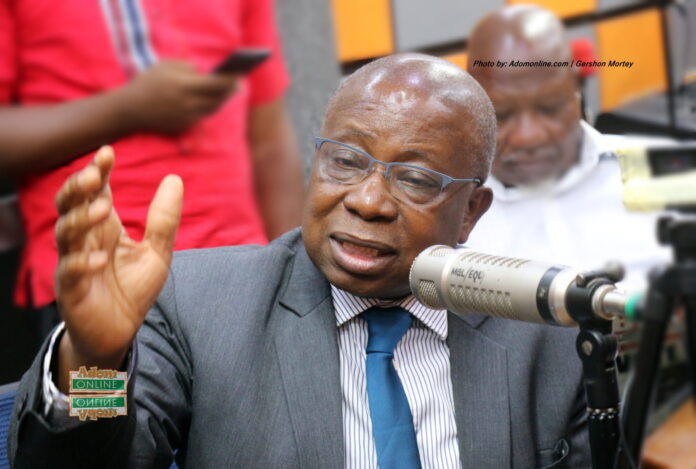 The Minority in Parliament has initiated another Vote of Censure against Health Minister, Kwaku Agyemang Manu.

The motion, filed by Ketu North Member of Parliament (MP), Dr James Klutse Avedzi, Asawase MP; Mohammed Muntaka Mubarak and Banda MP; Ahmed Ibrahim, is in respect of what the Caucus describes as engaging in international transactions without Parliamentary approval contrary to article 181 of the 1992 Constitution.

The Motion, when moved, will have the Health Minister answer six questions about the transaction of procuring and supplying of vaccines.

The motion questions the honesty of the Minister for securing at the cost of $19, when then the ex-factory price was $10.

The Minister of Health transacted with a private office of Sheik Ahmed Dalmook Al Maktoum and paid US$850,000, Cedi equivalent of GHS16.3 million under a void agreement that to the Motion amounts to Committal of crime.

The Motion reads in part that: “The conduct of the Minister constitutes a direct breach of the Constitution and laws passed by Parliament and the Minister of Health be removed by a vote of censure passed in accordance with article 82 of the 1992 Constitution.”