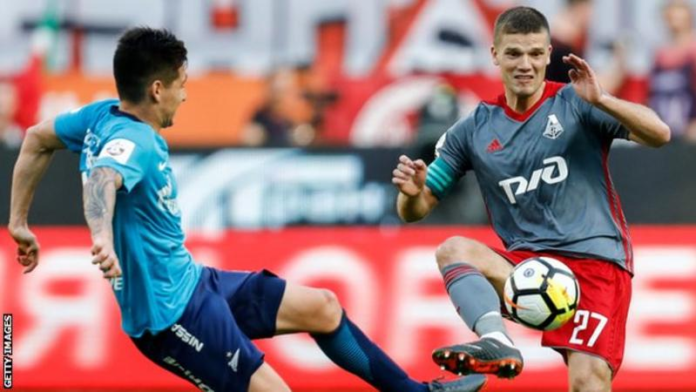 Former Russia captain Igor Denisov has become one of the highest-profile athletes still living in the country to speak out against the war in Ukraine.

The ex-midfielder made the comments in an interview with sports journalist Nobel Arustamyan published on YouTube.

“Maybe they’ll put me in jail or kill me for these words, but I’m telling it like it is,” said the 38-year-old.

Denisov, who played more than 300 games for Zenit St Petersburg before ending his playing career with Lokomotiv Moscow in 2019, said that he “loved his country” and did not want to leave Russia.

He has also written to President Vladimir Putin to express his opposition to the invasion, which started on 24 February.

“I am a proud guy. This was after three or four days,” Denisov added. “I even said to him that I am ready to go on my knees before you so that he would stop it all.”

However, Nadya Karpova, a striker for the women’s national team who now lives in Spain, has recently spoken out against the war.

Russian media outlets can even be fined or blocked for using the words “war” or “invasion” to describe what is happening in Ukraine.

During Denisov’s interview with Arustamyan, certain words used by him to refer to Russian actions in Ukraine appear to have been blanked out, with a crackling sound played instead.

And while Sports.ru, one of the country’s most prominent sports websites, reported Denisov’s comments, it did not use the words “war” or “invasion”, instead referring to his discussions on “life after 24 February”.