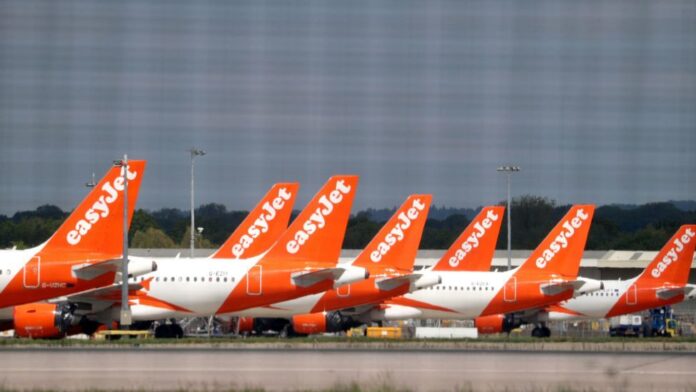 A passenger with restricted mobility has died at Gatwick Airport after leaving an aircraft.

Gatwick said staff were helping to disembark three passengers with restricted mobility at the time, including the man’s partner.

He decided to leave the EasyJet plane rather than wait for staff to return and fell while going up an escalator, an airport spokesman said.

The Gatwick spokesman said the passenger made a short walk to the escalator from the runway to the Skybridge, which takes passengers to the north terminal.

He said EasyJet cabin crew were closest to the man, so provided medical attention before the airport’s medical staff arrived.

An airline spokesman said: “A number of our cabin crew provided medical assistance to a passenger at Gatwick Airport whilst waiting for paramedics to arrive.

“However the passenger sadly later passed away.”

Details are still emerging on exactly how this tragedy occurred at Gatwick but my thoughts are with this poor passenger and his family.

I know all too well the sense of immense frustration as you watch all the other passengers disembark and you are left stranded on an empty plane waiting for ground staff to retrieve your wheelchair and get you off.

This is not the first time a passenger with restricted mobility has taken matters into their own hands.

In August 2017, Justine Levine famously dragged himself across the floor of Luton Airport after staff were unable to retrieve his wheelchair. They had offered to strap him into an airport chair and push him through the terminal but Levine, a fitness enthusiast, declined, saying this compromised his independence.

This latest incident ought, in theory, to lead to better treatment of disabled passengers and those with restricted mobility. But, historically their needs do not appear to have been a high priority at many British airports.

Gatwick said a formal investigation was under way.

It said when the aircraft arrived a member of staff was deployed from Wilson James, a company which provides assistance for passengers with restricted mobility (PRM).

The staff member “was in the process of disembarking the three PRM passengers when the incident occurred,” it said.

“Staff shortages were not a factor in this incident.

“It is normal for one staff member to disembark three passengers who require assistance by taking them one at a time the short distance to the waiting buggy.”

I see nothing wrong with Mahama’s ‘Do or Die’ – Rev. Owusu Bempah