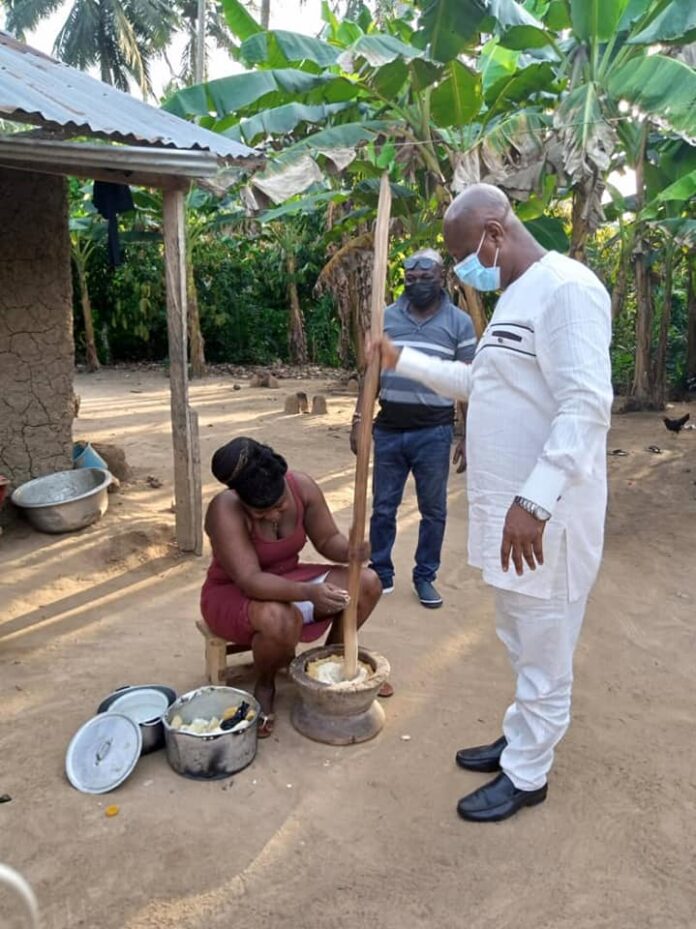 Alhaji Ghansah, in a new photo, has been captured on camera pounding fufu for a woman in the area.

The woman, who appeared shy, tried to take the pestle from the MP but that did not stop him as he held unto it tightly.

This was during a house-to-house thank you tour in the constituency.

The lawmaker, as part of the tour, interacted with constituents at Abehenase, Attu Dauda, Aboam1&2, Krobo and Esselkrom.