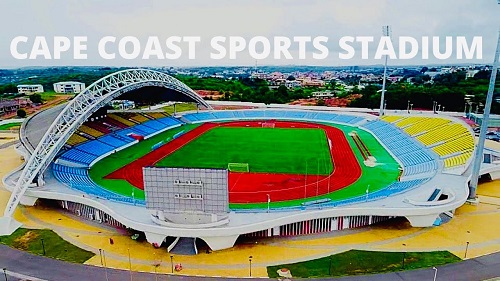 Kotoku Royals FC, the only Ghana Premier League (GPL) club in the Eastern Region, has temporarily adopted the Cape Coast Stadium as its home ground for this season’s league.

For this reason, Kotoku Royals will host Accra Lions at the Cape Coast Stadium in their opening GPL match on Saturday.

Speaking to Graphic Sports Online in an exclusive interview at Akyem Oda on Friday, the Head of Communications of Kotoku Royals, Mr Eric Kofi Afrifa, said the Club Licensing Board (CLB) of the Ghana Football Association (GFA) rejected the Oda Stadium as a league centre as it did not meet its standards.

He said the management of the club was working around the clock to reconstruct the stadium to meet the CLB’s standard when it conducts another inspection of the stadium on September 28, 2022.

Mr Afrifa noted with concern that there was no approved stadium in the whole of Eastern Region where Kotoku Royals could use for their home matches until work on the reconstruction of the Oda Stadium was completed.

He, therefore, appealed to the government to help construct a number of standard stadiums in the Eastern Region.

Mr Afrifa also enjoined the Eastern Regional caucus of Members of Parliament (MPs), Municipal and District Chief Executives, Minsters of State from the region and traditional rulers in the region to help reconstruct the Oda Stadium for use by Kotoku Royals as playing its home matches away from home would negatively affect the club’s performance, as well as drain its coffers.

“Kotoku Royals teeming supporters across the length and breadth of the Eastern Region are calling on the New Patriotic Party (NPP) government, especially President Akufo-Addo, who hails from the region, to expedite action on the reconstruction of the stadium to make it suitable for GPL matches within the shortest possible time,” he appealed.

According to him, Kotoku Royals supporters had vowed to embark on a demonstration against the authorities if they failed to reconstruct the Oda Stadium to meet the required standards within the shortest possible time.

He emphasised that despite the challenges, Kotoku Royals FC was fully prepared to make a positive impact in the GPL.