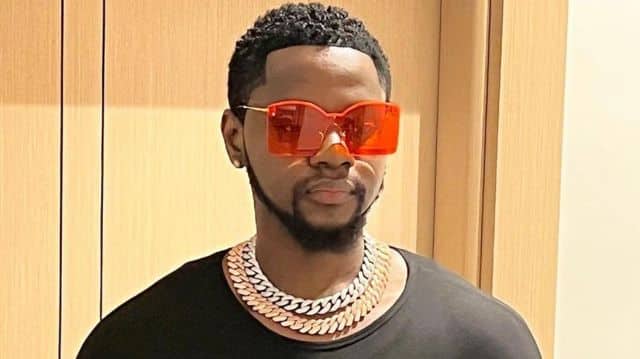 His wish of performing at this year’s World Cup schedule to come off Qatar in November is becoming a reality for Nigeria’s music star and Buga crooner, Kiss Daniels who has been publicised as one of the main acts at the global event.

In June this year, Kiss Daniel tweeted, “God I want to perform Buga for worldcup with a mass choir, help me say amen”.

He announced his performance with another tweet yesterday, October 16. He wrote “and the Lord said see you in Qatar” while resharing his earlier post.

As the second performer from a Africa country to grace the international stage, Nigerian Superstar Kizz Daniel will perform at this year’s World Cup, which kicks off in Qatar in November this year.

Fans are ecstatic about Kizz Daniel’s inclusion after Davido was initially announced as the African singer who will grace the world stage.

The Buga hitmaker had previously stated in a post from June of this year that he would like to perform at the occasion, and it appears the universe came through for him and granted his desire.

He wrote on his twitter page God I want to perform Buga for worldcup with a mass choir, help me say amen.

Kizz Daniel posted this information on his official Twitter account, where he also announced that his requests to play during the World Cup had been met.

Other worldwide acts who will be taking the stage include Black Eyed Peas and J Balvin, who are the newest additions to the roster of performers at the World Stage in Qatar in November.

As part of the Qatar Live 2022 series, the World Cup will be a star-studded event with a variety of renowned celebrities performing in Doha over the course of six nights.

The opening ceremony will be another main draw of the athletic event in addition to the three music festivals.

MPs brawl was out of national interest- NPP MP

Leave me out of your politics – Bola Ray replies MzbeL