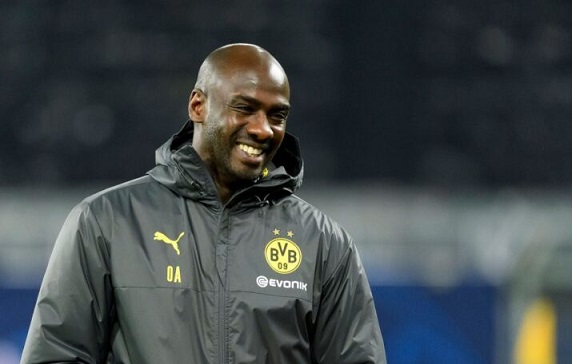 Black Stars Coach, Otto Addo, has been compelled to drop his two top goalkeepers and put his faith in the hands of third-choice goalkeeper Lawrence Ati-Zigi after injuries to first-choice Joseph Wollacott and second-choice Richard Ofori ruled them out of the upcoming FIFA World Cup.

The absence of the two leading goalkeepers also opened the door for Asante Kotoko’s young goalkeeper, Ibrahim Danlad, who is the third goalkeeper named for the tournament, in addition to Manaf Nuredeen of Belgian club, KAS Eupen.

Yesterday, Addo defended his choices as he named his final 26-man squad for the World Cup, with injury also knocking out favourite defensive midfielder, Baba Idrissu of Spanish side, RCD Mallorca.

The exit of Idrissu has paved the way for highly rated Salis Abdul Samed, who has never featured for the national team. But his exceptional performance for RC Lens in France could not be overlooked, just as Club Brugges’ right winger, Kamal Sowah, whose presence will beef up the Black Stars attack.

There are very few surprises in the Ghana squad, which includes two debutants and Hearts of Oak forward, Daniel Afriyie Barnieh, the second home-based player, along with Danlad, to make it to Qatar.

Wollacott, 26, had established himself in the national team and kept the post in all competitive games, including excelling in the World Cup playoff second leg match against the Super Eagles in Abuja, which secured Ghana a ticket to a fourth World Cup appearance.

His World Cup dream came crashing last Saturday after sustaining a freak injury while warming up ahead of Charlton’s 3-3 draw with Burton Albion at the Pirelli Stadium.

He is expected to undergo surgery on the injured finger in London this week.

Similarly, Ofori, who is the second vice-captain of the team, is recovering from a knee injury which kept him out of Orlando Pirates’ Carling Cup final clash with Kaiser Chiefs last Saturday.

Also making it to Qatar are former Spain international, Inaki Williams, and former England U-21 star, Tariq Lamptey, who, in July, completed their international switch to represent Ghana where their parents hail from.

For 25-year-old Ati-Zigi, he goes into the tournament having made five appearances for the Black Stars and on the back of impressive performances for his Swiss Super League side, St Gallen.

Skipper Andre Ayew leads the team to his third World Cup, after previous appearances in the 2010 and 2014 competitions. The team’s most experienced player, with 109 appearances since his international debut in 2007, Andre Ayew and his younger brother, Jordan, are the only players in the Ghana squad with previous World Cup experience.

Jordan represented Ghana at the 2014 World Cup in Brazil, with the 31-year-old Crystal Palace forward making 83 appearances for the national team since 2010.

In defending his squad, the 47-year-old coach said the technical team selected the 26 players after considering a lot of factors, including the performance of players and their commitment to the national team.

“We have criteria and values on and off the pitch which we consider, and they include the readiness and willingness to play for Ghana when you are called. Sometimes you have to sacrifice,” he explained at yesterday’s unveiling of the team at the DSTv office in Accra.

“I have my key performance indicators which are my style and what I want to see in players. I’m flexible in my approach and I want a well-balanced team,” he added.