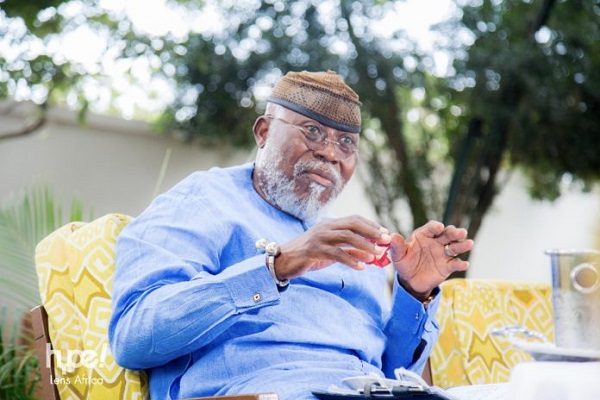 The management of Accra Hearts of Oak has declared that it will not hesitate to embark on a total overhaul of the playing body if they fail to improve upon the abysmal performance they exhibited in their last Confederation Cup game against JS Saoura.

That notwithstanding, management said it would not crumble under pressure from the supporters to dispense with the services of Coach Samuel Boadu who had come under fire from a section of Hearts fans who were demanding his dismissal for poor results.

A board member of the club, Dr Nyaho Nyaho-Tamakloe, told Graphic Sports in an interview that they were disappointed at the performance of the players and that until the players justified that they deserved to wear the Hearts jersey, management could be forced to throw them out.

“I personally was not happy about what I saw and I think if we’re not careful, we will have to revisit 1985 when I was chairman of the club, because the same attitude has started showing up again and I will not hesitate taking that drastic decision,” Dr Nyaho-Tamakloe warned.

“If you are going to be a problem, then we’ll get you out. They must understand that none of them is bigger than Accra Hearts of Oak. We can get a replacement.

“I have done it before and I can do it again. If they are not careful, we’ll revisit 1985; some of them were not even born then,” Dr Nyaho-Tamakloe threatened.

Dr Nyaho-Tamakloe said Hearts’ defeat to the Algerian club last week should be blamed primarily on the players who were shambolic and showed very little commitmenton the pitch, hence deserved condemnation.

In 1985, Dr Nyaho-Tamakloe, who was the then chairman of the club, sacked 22 senior players, including seven Black Stars materials for their lack of commitment to the course of the team and recruited young players who became known as the ‘Musical Youth’.

That unpopular decision, the former GFA boss said, could be revisited if the current players of the defending league champions did not improve upon their performance, while insisting that nobody was enthused about their disappointing performance in the Confederation Cup.

The highly disappointed board member said the club was investing so much in the players and the only reward they expected from them was to ensure that the fans were happy by playing well. Instead, they decided to go and disgrace the team with that shambolic performance in Algeria.