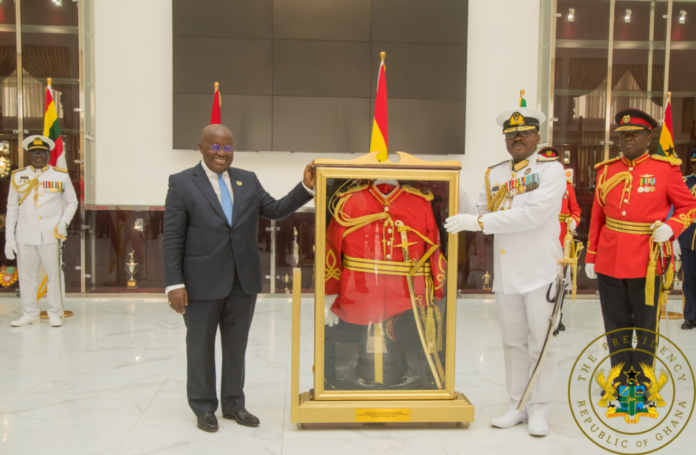 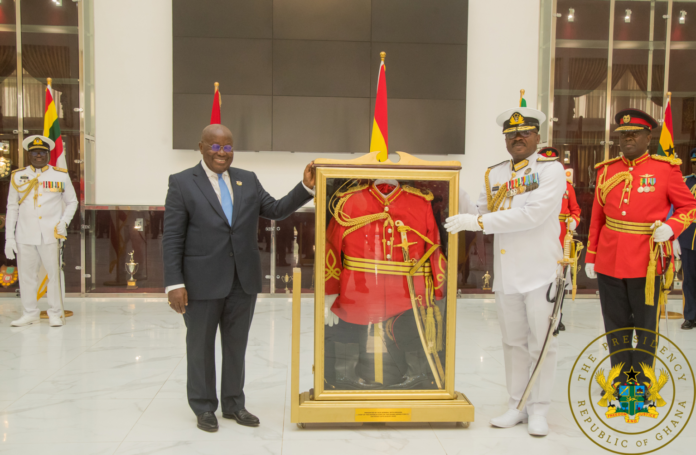 President Nana Akufo-Addo has expressed how proud he is to be the Commander-in-Chief of the Ghana Armed Forces (GAF).

According to him, despite his stature as a small man, he happens to occupy that important position which means a lot to him.

“I know all of you have heard of me and I don’t know what your expectations were. Some think that I am six-foot-six in height but here I am, a small man, but with a very important title: Commander-in-Chief of the Ghana Armed Forces, and it’s a title I cherish,” he touted.

The President made these comments in a meeting with some security officers at the IDRIS Barracks, Kwadaso as part of his tour in the Ashanti Region.

“I cherish it not just because it is part of the title of being president, but I cherish it because of the (sic) women of the security forces and of the armed forces we have here in Ghana. They are second to none on this continent of Africa and I’m very proud to be the Commander-in-Chief of such men and women,” he lauded.

President Akufo-Addo on Monday commenced a four-day tour in the region touted as the New Patriotic Party stronghold.

He has so far among other things commissioned a residential complex for Appeals Court Judges at Nhyiaeso and has also cut the sod for a four-tier Suame Interchange.

Your sense of entitlement is overwhelming – COP Kofi Boakye to celebs