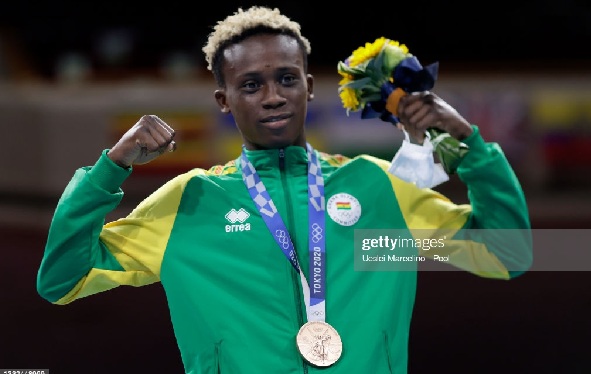 Quartey described the bronze medallist as a world title potential who must be managed well to reach higher heights in the coming years.

The 20-year-old Takyi made history when he ended the nation’s 29-year Olympic medal drought with a bronze in boxing.

In an interview with Graphic Sports, the legend said Takyi should commence his professional career after the Olympics, but warned him against signing for just any manager.

Quartey advised that Takyi should build his professional career from Ghana and relocate to the US early to enable him have the right infrastructure to improve on his craft.

“He doesn’t need the Olympics anymore so he has to turn professional because boxing is about age,” Quartey stressed.

“He is a big brand now so he must make it count in his career and that is where it all begins.

“He has what it takes to be a world champion but he must work for it,” he stated.

Bazooka participated in the light welterweight division at the 1988 Seoul Olympic Games before becoming a world champion in the professional ranks in 1994.