I was very nervous —Jacinta on One Night Stand 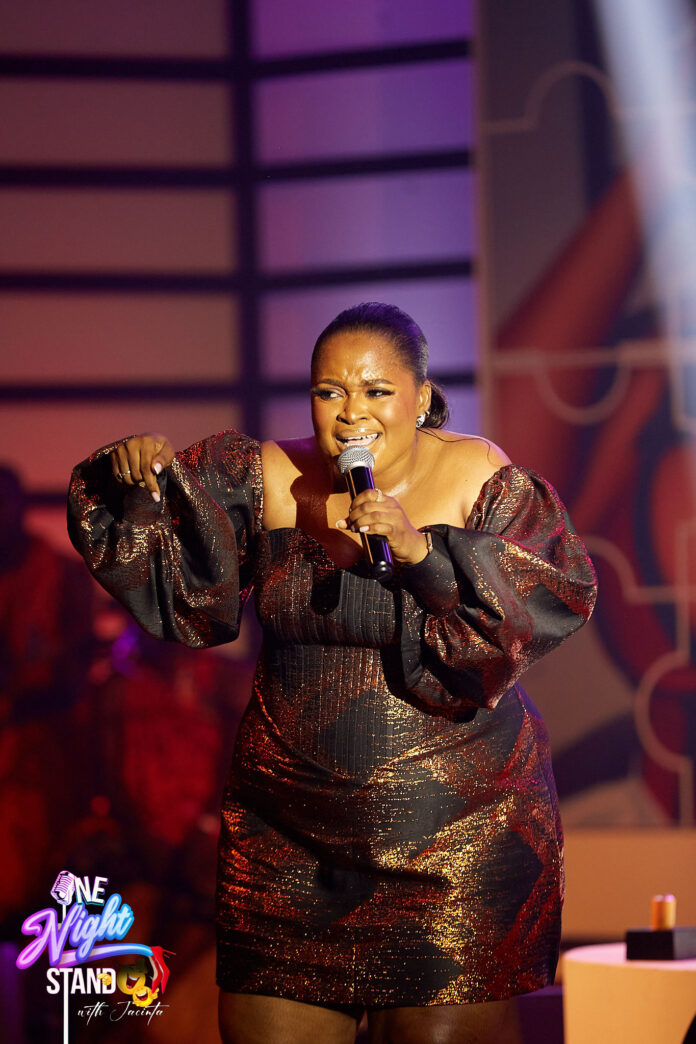 WHEN comedian Jacinta Ocansey mounted the stage at her One Night Stand with Jacinta event hosted at the National Theatre on October 8, she did not only distribute laughter to patrons, she also made history as the first female to headline a comedy show.

For one hour, Heiress Jacinta as she is known in the showbiz circles geled with her audience as she dropped one humourous joke after the other cracking them up and they rewarded her with cheers.

It is therefore very hard to believe she was nervous a few moments before she performed.

“I have always been nervous anytime I am about to hit the stage but last Saturday was so intense especially because it was my own show. Loads of questions kept running through my head. ‘Can I entertain patrons for an hour? What if I flop? etc’. I was also worried about what to tell Ghanaians why Nigerian comedian Gordons did not show up. it was my road manager who put me at ease and asked me to just concentrate and give off my best.

“I realised the auditorium was packed when the other comedians were performing. After they were done, it was my turn to prove a point. At the end of my performance, the applause I had made me feel I did a good job. Hours and days after the event, I still get comments from friends and fans congratulating me for a job well done” she told Graphic Showbiz.

On why Nigerian comedian Gordons did not turn up, Jacinta just apologised adding that it was a situation beyond her control.

“I want to apologise to Ghanaians for Gordons not being at the event. To anyone who probably come to see him, I am so sorry he couldn’t make it. His inability to be around is beyond my team and I. I however want to thank the other comedians on the night—Foster Romanus, O B Amponsah, Buchi, Kwan Pa Band, Clemento Suarez etc for their wonderful performance”, she said.

Moving forward, Jacinta said it is about time corporate bodies supported comedy shows. “Budgets for these comedy shows come from our pockets and I kindly plead with corporate Ghana to help us. With your support I know we will go very far” she stated.

Her breakthrough in comedy came when she featured at 2015 Akwaaba UK Comedy Night at Movenpick Hotel. In 2016, with the help of Buchi, one of Nigeria’s leading comedians, she performed at the Lord of the Ribs Comedy Show in Ghana.

Jacinta is also an MC, actress and singer.

She starred in Yvonne Nelson’s Heels and Sneakers and Selfie.

The graduate of Pentecost University has a single Gyrate featuring Ethel Eshun.

My husband loves dogs more than me – Wife tells court