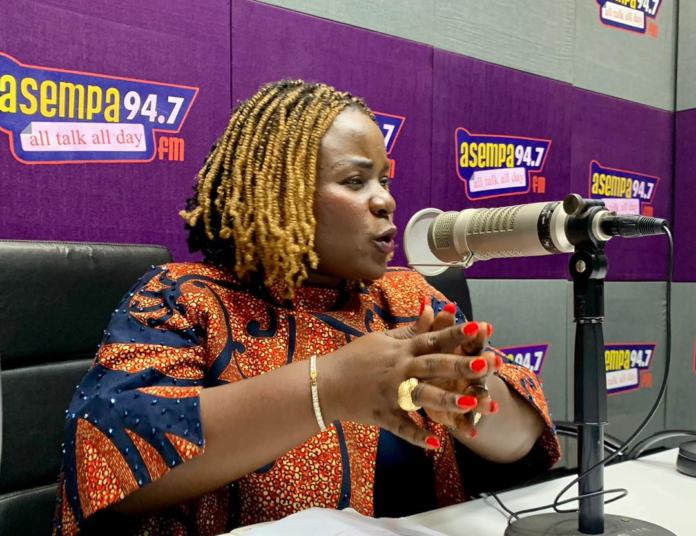 Government has engaged about 80,000 people engaged in illegal mining, popularly known as galamsey, under the Alternative Employment and Livelihood Programme (NAELP).

The beneficiaries have been deployed mainly into the land restoration and re-afforestation programme, the first module of the NAELP.

She said the communities for the exercise are Adinkra and Fufuo in the Ashanti Region, Akwatiakwaso in the Eastern, Akotm in Western and Terchire in Ahafo.

She added that for the first module of NAELP, beneficiaries from the five endemic illegal mining communities have been deployed mainly into land restoration and re-afforestation programmes.

“They are under a contract, so the contractor pays their SSNIT contributions and taxes. In addition, they are given breakfast and lunch every day,” she added.

The NAELP boss noted that, the casual workers receive an average of GH¢2,000 a month, with a daily amount of GH¢100, on the average.

Their job, she explained, involves filling poly sacks, so the more bags they are able to fill, the more money they earn.

Apart from the job creation, Dr Donkor said the programme was reclaiming 1,000 hectares of degraded lands at Bibiani Anwiaso and Bekwai Juaboso of Western North, Bosome Freho District in the Ashanti Region and Abuakwa South and Atiwa West of Eastern Region.

The aim, she explained, was to generally improve the land and soil destroyed by illegal mining activities into better land use purposes.

Dr Donkor said they have been successful because people affected by illegal mining are ready to try the alternative means to survive.

NAELP was launched by President Nana Addo Dankwa Akufo-Addo in 2021 as part of national efforts to fight galamsey.

The objective is to be an exit route for those whose means of livelihood directly or indirectly depended on galamsey, which has become a menace.

According to environmental researchers, Ghana lost about 1.41 million hectares of tree cover between 2001 and 2021, equivalent to a 20 per cent decrease in forest cover, a situation being made worse by illegal mining, even in forest reserves.

The other modules under NAELP are agriculture and agribusiness, apprenticeship and entrepreneurship, responsible, viable and sustainable small-scale mining, also known as community mining, as well as mine support services.

It is a purely government-funded programme and it is being implemented, to a large extent, in collaboration with stakeholders, such as municipal and district assemblies, chiefs and communities.