Gideon Mensah: Ghana is battle ready for any team 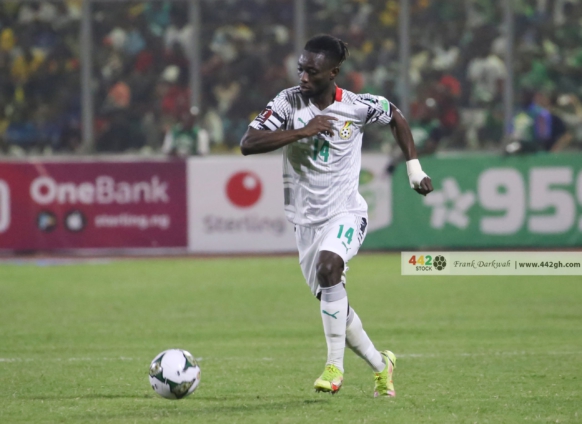 Gideon Mensah, Ghana’s left back, believes the Black Stars are battle ready for any team at the World Cup.

The Black Stars will face Portugal, Uruguay and South Korea in Group H at the 2022 World Cup in Qatar with their opening match scheduled against Portugal on November 24.

The Ligue 1 player said considering what he has seen of his teammates at training ahead of their international friendly against Brazil on Friday, he has the strongest  belief that they are ready for any team.

He said each player had showed so much hunger for success which was a positive signal that they would not be intimidated by big names.

“The impact of everyone on the field has been very satisfying so we being hungry and also showing that we are ready to battle any country that comes our way shows something that is very good”, he said in an interview with Ghanafa.org.

He also appealed to Ghanaians to rally behind them as always because the game against Brazil was big, insisting that such support gave them confidence that they needed to succeed.

“I am not going to say much to Ghanaians, they know we have a very big tournament ahead of us and they know that playing against Brazil is a big game for us and Ghana as a country so we are going to tell them to continue supporting us and give us the hope that we need and we believe that we are going to come up with something nice for them”, he said.