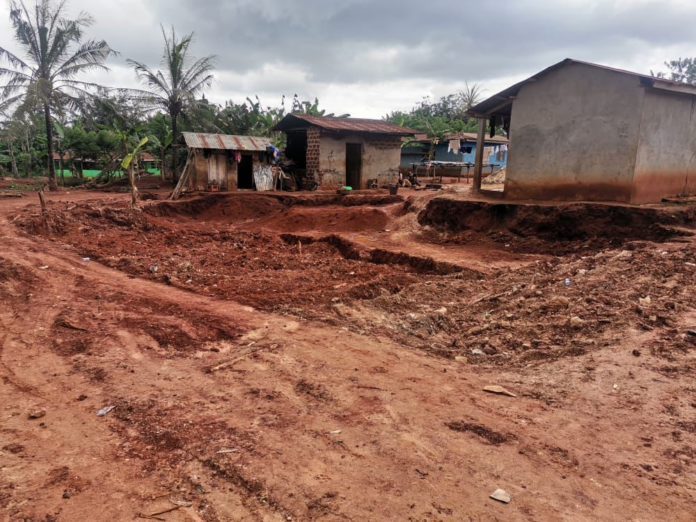 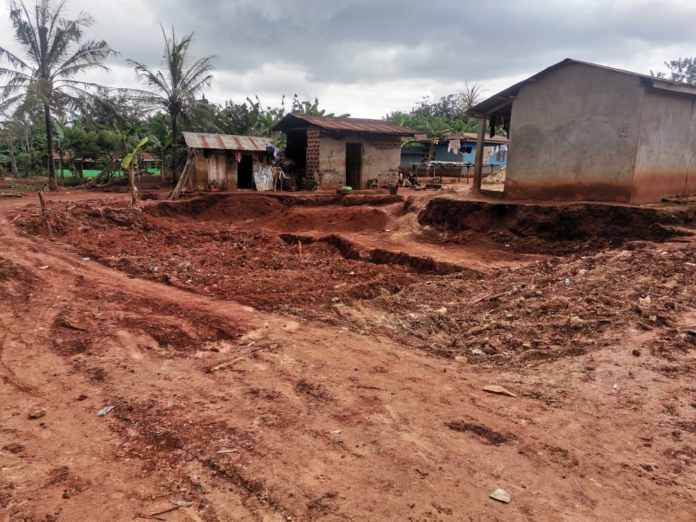 Residents of Sefwi-Elubo in the Western North Region are heaving a sigh of relief following the arrest of their chief, Nana Anini Baffuor, for his alleged involvement in illegal mining, popularly known as ‘galamsey’.

According to them, their farm lands have been destroyed by galamseyers in the area for the past two years.

They said all attempts to get the police to call for order have proved futile. However, they are elated by the arrest of the chief and his brother, Kwadwo Affi.

An opinion leader at Sefwi-Elubo, Nana Kwaku Minta, in an interview on Adom FM’s morning show, Dwaso Nsem said the arrest of the chief was long overdue.

He said the residents have been living in fear due to inaction of the police over the years.

“When we report the matter to the police and they arrest the galamseyers they are released within two hours and they come back to torment us so we decided not to report again,” he bemoaned.

Nana Minta said the dug-out pits from the compound leading to the bedroom of the chief’s brother extends to the rooms of other tenants.

He indicated that, about five tenants on the compound cannot sleep in their rooms for fear of falling into a galamsey pit.

The Sefwi-Elubo opinion leader said they cannot come out at night because of the pits left open by activities of illegal mining.

What is even worrying, he said is illegal mining going on at the only government school in the area.

Nana Minta was grateful to the media for making the video go viral leading to the arrest of the chief.

He hinted that they know six suspects doing same illegal mining and will assist the police with the needed information.