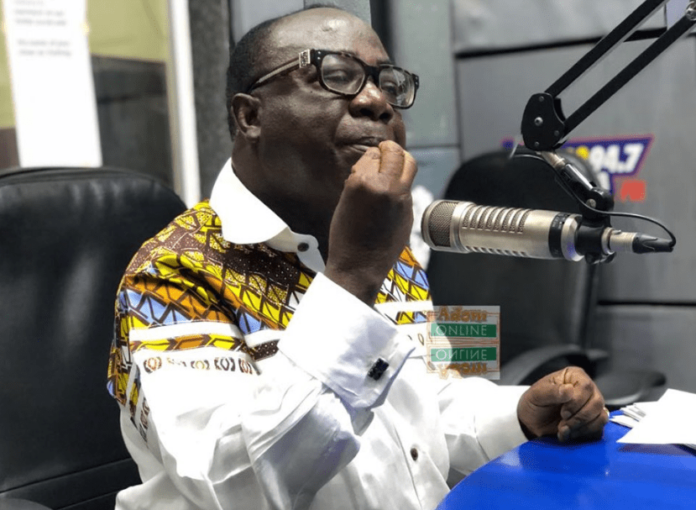 However, Mr Jinapor said he wish was that the New Patriotic Party (NPP) stalwart would decline to take up such a case as it would fuel conspiracy theories against the government’s galamsey fight.

A private legal practitioner, Lucy Ekeleba Blay, on Tuesday announced in court that she was holding brief for Mr Blay in the case of the four accomplices of Aisha Huang, namely; Gao Jin Cheng, Lu Qi Jun, Haibin Go and Zhang Zhipeng.

Mr Blay following the announcement has come under severe criticisms at a time the government is already facing accusations of shielding more prominent, politically-exposed persons involved in galamsey.

But in defence, the NPP guru said his law firm has the responsibility of representing persons they believe are innocent of charges brought against them.

Speaking on Asempa FM’s Ekosii Sen, the Minister who doubles as Damango Member of Parliament said he was concerned despite the defence from Mr Blay.

“I wish Freddie Blay declined it but that is not for me to say; because immediately her daughter announced the brief in court, I told my assistant this is going to be controversial and will fuel conspiracy theories,” he said.

However, he added Mr Blay being a legal representative will not cause the government to relent on its decision to prosecute the case to the latter.

“A lawyer’s representation of a client is steeped in the jurisprudence of our country’s laws and the criminal justice system presumes a person innocent until proven guilty.

“What we have to do is to continue to prosecute these accused persons in a very spirited manner and hopefully secure convictions and secure severe punishments to them, and that will dispel all the conspiracy theories that are being bandied around,” he noted.