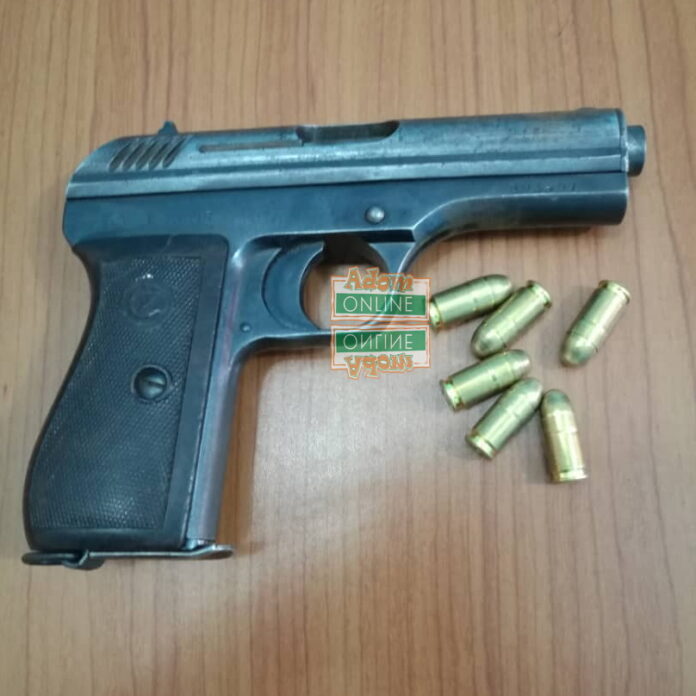 Five persons are currently on admission at the Assin Praso Presbyterian Hospital following an attack by a gang of armed thugs at Adanse Praso near Assin Praso in the Assin North District of the Central Region.

Report gathered by Kasapa News revealed that the thugs numbering about 30 stormed the Chief’s Palace and the Community with weapons such as guns and cutlasses on a mission to kill anybody they meet in the street.

The youth in the community also mobilized themselves and faced them with weapons resulting in five of the residents being shot by the armed thugs.

The chief of the area was also shot.

The Kyidomhene of the area, Nana Okofo Tabi I, speaking with Kasapa News’ Yaw Boagyan, revealed that the rampant fraudulent activities amongst the Youth of Adanse Praso in the Adanse South District of the Ashanti Region necessitated the formation of the Volunteering Group to patrol the area to restore peace and tranquillity.

In this vein, the criminal youth numbering about 30, thought their activities had been hampered due to the work of the volunteering group that patrols the area at night and thus began to attack them with weapons.

Nana Okofo Tabi further stated that the saddest aspect is that three acres of rice farms and a five-acre cocoa farm which belong to one of the volunteers, have been weeded out by these criminals.

The chief has called on the police to step up security in the area to protect the lives of law-abiding residents.

‘We always dreamt of growing old, taking care of each other’ – Siblings…