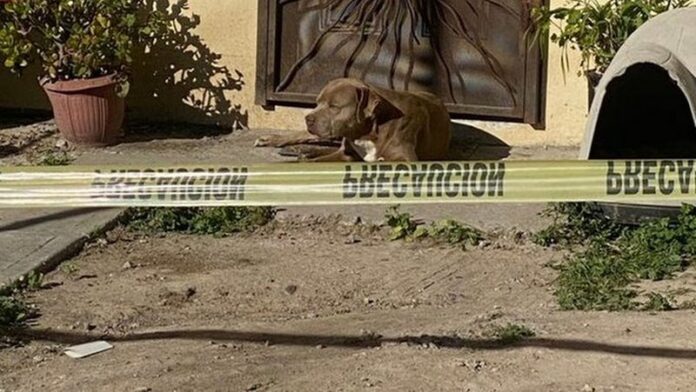 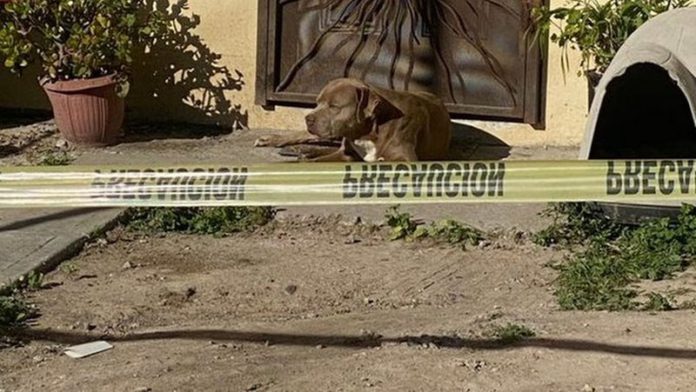 The dog of a dead journalist has been pictured still waiting for her outside her home, days after she was shot dead.

Mexican journalist Lourdes Maldonado Lopez was gunned dead in her car on Sunday in Mexico’s border city of Tijuana, according to a statement from the Baja California state prosecutor’s office.

The 68-year-old had decades of experience as a journalist before she was ruthlessly shot dead.

But now her beloved pooch has been pictured waiting for her return.

Chato, her dog, was still waiting outside her home in the Sante Fe neighbourhood, sitting on her doorstep as if her owner would return from work like any other day.

The photo was posted on Twitter by her fellow journalist Yolanda Morales.

It was captioned: “The dog of murdered journalist, Lourdes Maldonado.”

Lourdes had told the Mexican president, Andres Manuel Lopez Obrador, three years ago that she feared for her life.

She had come to the President’s daily morning news conference and asked for his support “because I fear for my life,” she said.

Her tragic death marks the second journalist to be killed in the same area in the space of only a week.

Photographer Margarito Martinez was shot down outside his own home.

He was well-known for covering crime in the city of Tijuana.

She was the third journalist to die since the start of the year, marking the country’s status as one of the deadliest places for journalists outside a warzone.

Since 2000, more than 100 journalists have been killed in Mexico, with only a fraction of the killings leading to convictions.

Following the latest murder, the president pledged a full investigation.

“What happened is very regrettable,” he said, adding that investigators still had to determine a motive and evaluate any possible links to a labour dispute Maldonado was involved in.

Local police were alerted to the shooting at 7:00pm local time on Sunday, and found Lourdes dead on arrival.