Court makes u-turn, trial to be conducted by jury 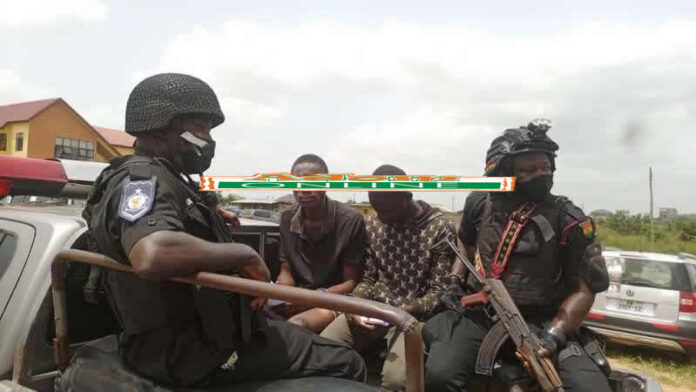 The Criminal Division of the Accra High Court has made a u-turn and restored the ‘Kasoa boys’ murder case back to a jury trial.

The court, presided over by Justice Lydia Osei Marfo, had on May 12, this year indicated that, looking at the ages of the accused persons their trial should be done summarily.

It comes after the court had set criteria for the jury empanelling which was to set the trial in motion, but had to be dropped, because, the two “cannot be tried as adults.”

However in court on Thursday, June 16, 2022, the court said, having done consultations and some issues raised, “I have decided that the trial must proceed by a jury.”

The court also said it took into consideration the 1992 Constitution and the Juvenile Justice Act to reverse the decision not to try them by jury.

Justice Marfo also said, should the court find them guilty, the juvenile offender (15-year-old) will be sent to the Juvenile Court for sentencing while the young offender (18-year-old) be dealt with according to the law.

Consequently, the court has directed the Registrar of the court to summon men and women who are qualified to be jurors to appear in court on July 5 for them to be empanelled.

The two ‘Kasoa boys’ have been held for the murder of a 10-year-old Ishmael Mensah and are facing the charge of murder.

According to EIB Network’s Court Correspondent Murtala Inusah, their plea is expected to be taken before the jury is empanelled.

On Thursday, May 12, when the case was called for the jury to be empanelled, the court, presided over by Justice Lydia Osei Marfo, said the accused persons will no longer face jury trial due to their ages.

“Before today (May 12), I had stated we were going to empanel the jury.

“However, looking at the ages of the accused – one being 18 and the other being 15 and considering the Juvenile Justice Act, it may not be necessary to have them tried by a jury,” Justice Lydia Osei Marfo stated.

According to the court, “the oldest amongst them is still a young offender under the Juvenile Justice Act.”

The court said, should the accused persons be found culpable, they are likely to be sentenced to a maximum of three years under the juvenile justice Act.

For this reason, the court adjourned the case to enable the court set out parameters for the trial of accused persons who will be tried summarily.

According to EIB Network’s Court Correspondent Murtala Inusah, the trial should be conducted within six months under the law.

The two accused persons are said to have killed their friend for ritual murder. While the 15-year-old had insisted on they committing the crime, the 18-year-old denies the offence.

The two were present in court with their lawyers Samuel Atuah and Martin Kpebu.

MOH to clear air on purchase of Sputnik vaccines –